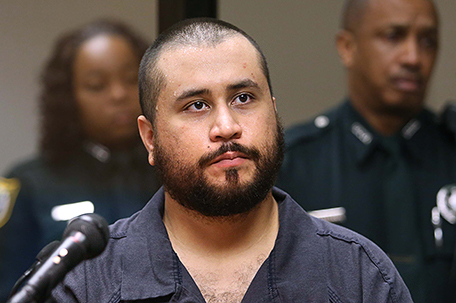 MIAMI –George Zimmerman says he’s vetting bids after closing an auction for the pistol he used to kill unarmed black teenager Trayvon Martin during an altercation.

The former neighborhood watch volunteer , who was acquitted in the 2012 slaying , says on his blog that the sale was successful, though he gives no details and says the buyer may choose to remain anonymous.

Details of the auction are unclear. The website believed to be the venue, United Gun Group, later said in a tweet that there were two auctions running simultaneously, one for pre-qualifed buyers and a “fake’’ one for the public. Bids on the fake site visible to the public went as high as $138,900 before it was deleted lastWednesday.

Zimmerman had set the minimum bid at $100,000. Zimmerman had told Orlando, Florida, TV station WOFL that the pistol was returned to him by the U.S. Justice Department, which took it after he was acquitted in Martin’s 2012 shooting death.

Critics had called the auction an insensitive move to profit the slaying.

Zimmerman, who identifies as Hispanic and is now 32, has said he was defending himself when he killed Martin, 17, in a gated community near Orlando. Martin, who lived in Miami with his mother, was visiting his father at the time.