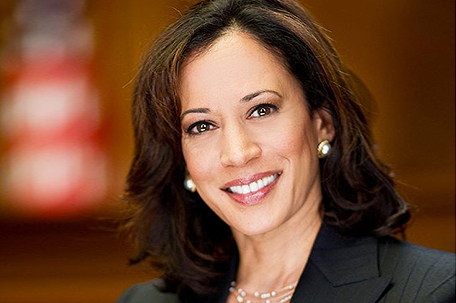 LOS ANGELES — Come Election Day, California could legalize pot. Its new U.S. senator will be Black or Hispanic – a first for the state. And voters could end the death penalty and revive bilingual education in schools.

The outcome of voting on Nov. 8 is likely to reflect long-term trends that have seen the nation’s most populous state become increasingly diverse and firmly Democratic in its politics.

A new wave of voters — many young, Hispanic or both – are poised to contribute to generational, demographic and cultural shifts that are reshaping California. Over half of new voter registrations this year are millennials – younger people who tend to be more liberal than older Californians.

The election also could strengthen the argument that California is becoming a one-party state. Most of the new voters are registering as Democrats or independents. And the number of voters aligned with no party is on track to eclipse Republicans, whose registration numbers are in freefall.

A key indicator of the change is the race to replace U.S. Sen. Barbara Boxer, who was first elected in 1992. The contest is a matchup between two Democratic women, Attorney General Kamala Harris, whose father is Black and whose mother is from India, and Rep. Loretta Sanchez, the daughter of Mexican immigrants.

“I think that says a lot about where we are moving,” said political scientist Larry Gerston, professor emeritus at California State University, San Jose.

In addition, policies from past decades, when the state electorate was overwhelmingly White, could be recast or reversed. Voters are being asked to repeal the death penalty, which was reinstated in the 1970s, but has not been carried out since 2006.

They could also dial back a 1998 voter-passed law that largely dismantled bilingual education at a time when illegal immigration was surging.

Through mid-October, more than 4 million people registered, or reregistered, to vote in California. Half signed up as Democrats, a meager 19 percent as Republicans and the rest primarily as independents, according to an analysis by nonpartisan research firm Political Data Inc.

Millennials represented over half of the new registrations. Latino registration, barely out of single digits a generation ago, represented nearly 30 percent of new voters, the data showed.

Democratic pollster Ben Tulchin, who worked for Bernie Sanders in the presidential campaign, said the influence of the new voters is being felt in competitive congressional races, where Republicans in a handful of once-safe districts are being threatened.

For Republicans, the rising influence of Hispanic voters is especially troubling in a year when their presidential nominee is Donald Trump, who has vowed to deport millions of people living in the country illegally.

The GOP’s troubles with Hispanic voters in California can be traced to 1994, when voters, with encouragement from Republican Gov. Pete Wilson, approved Proposition 187, which prohibited immigrants in the country illegally from receiving public health care, education or other social services. 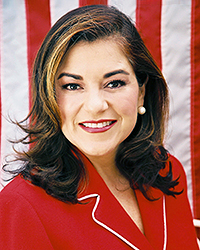 The law was overturned, but it left lingering resentment with many Hispanics at a time when the Latino population was becoming increasingly important in elections. It’s also played a role in the prominent Democratic tilt to a state that sent Republicans Ronald Reagan and Richard Nixon to the White House, but now doesn’t have a single Republican elected to a statewide office.

State figures released earlier this month showed the percentage of voters registered as Democrats had increased by 2 percentage points since the 2012 presidential election, while those aligned with the GOP dropped over 3 points. The share of independents, who tend to vote like Democrats, also increased.

The shift can be seen in places such as Riverside County, where Democrats now hold a thin registration edge in what once was Republican turf.

“You can track the progress Democrats have made in registration, and you can quantify the impact,” Tulchin said.

Republicans shuddered after the U.S. Senate primary in June. None of the party’s little-known candidates broke out of single digits in the vote count, allowing two Democrats to claim the two runoff spots in November, a first in the modern era.

In the late 1960s, most Californians wanted tougher laws against marijuana use or strict enforcement of the rules on the books. Over time, those views softened.

Pollsters say millennials are far more likely than other age groups to support passage of the proposal to legalize pot. Most Democrats and independents favor legalization, while Republicans are divided.

Nearly two decades ago, when the state was facing an influx of immigrants who entered the U.S. illegally and couldn’t speak English, Californians voted to dismantle most bilingual education programs in schools. Supporters said the initiative would help newcomers assimilate by forcing them to learn English.

This year, with scant visible opposition, voters are expected to repeal much of the law.

“California is always one of the leading indicators of social and demographic change, and this year seems to be a prime example,” said Darrell M. West, director of governance studies at The Brookings Institution and author of recently published “Megatrend,” which foresees rapid, dramatic political and social shifts in the 21st century.

Once Obama’s, younger voters in play this election