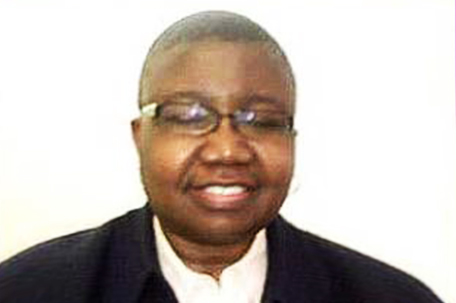 A woman waiting for a bus near Temple University’s campus was fatally shot in the back of her head on Tuesday, and police said she was targeted and were asking the public for help finding her killer.

Kim Jones was shot around 9:15 a.m. about two blocks from Temple, in north Philadelphia, authorities said. Jones, 56, was on her way to work as a program director for Turning Points for Children’s Families and Schools Together, a child advocacy organization.

Jones’ purse, cellphone and jewelry weren’t taken, so police have ruled out robbery as a possible motive, Capt. James Clark said. Relatives were being interviewed to try to find out why someone might have wished her harm, he said.

6ABC Action News reported that the 56-year-old Jones was wearing headphones as she waited for the #23 SEPTA bus.

Police say it was her routine for years as she travelled into Center City to her job at the Turning Points for Children social service program on South 15th.

But this time, police say someone walked up from behind and shot her point blank in the back of the head.

Her ex-husband and two adult sons declined to speak with Action News.

But her longtime neighbors are asking who would want to kill her?

“That’s what I want to know. Who’s the enemy because this is a quiet neighborhood and I can’t figure that out,” neighbor Wesley Hatton said.

Her boss says Kim Jones’ job at the agency was not the kind of job where she may encounter disgruntled or unhappy people.

Vogel said she was recently married in December.

“Had a twinkle in her eye. Very, very happy lady. Just going to miss her so much,” Vogel said.

Authorities are going through surveillance cameras to see if they captured images of a black heavy set man wearing dark clothing carrying a black duffel who was seen fleeing the scene.

Investigators say Jones has been divorced from her ex-husband for over 25 years and recently remarried just before Christmas.

Jones is Philadelphia’s 14th homicide victim of the year.

The city is offering a $20,000 reward for information leading to an arrest and conviction.

Police have been interviewing family members trying to get leads on the killing and they seemed pleased with the significant progress they are making.

“Someone knew her routine, knew she waited for the bus and waited for her,” Clark said. “For whatever reason, she was targeted.”

Clark urged anyone with information about Jones’ killing to call detectives and said they were seeking surveillance footage from bus, university and city cameras in the area.

The university sent out an alert to students and staff members describing Jones as a “non-Temple-related individual.” Police described the suspect as a heavyset black man wearing all black clothing and carrying a black duffel bag.