Where is William Toney? 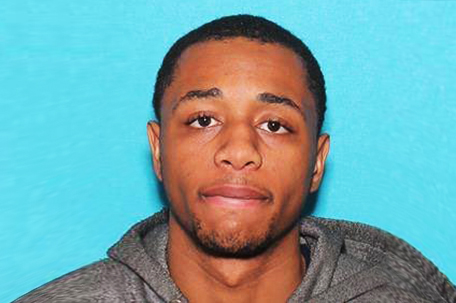 William Toney’s last calls and texts were in mid-November to female friends. After that, everything went blank.

NewsOne has partnered with the Black and Missing Foundation to focus on the crisis of missing African-Americans.

To be a part of the solution, NewsOne will profile missing persons and provide tips about how to keep your loved ones safe and what to do if someone goes missing.

Wear Glasses or Contacts: No

Circumstances of Disappearance: Michelle Duncombe didn’t think it was a big deal when Toney, her 20-year-old son, called and canceled their plans to hang out and watch television.

“He said never mind, I’m going to hang out with my friend,” Duncombe, 40, an IT manager, told NewsOne.

Toney was working at a Macy’s in Center City Philadelphia and attending Community College classes. He lived with a roommate in West Philadelphia and did the things most 20-year-olds do, like play basketball and date. He was close with his 10 and 12-year-old younger brothers. He was thinking of following in his mom’s footsteps and studying computer science.

“Will wasn’t into drugs. He was kind of a silly kid. He was into girls and basketball. There was never an issue where he was selling drugs. He was still coming to my house for a weekly train pass,” said Duncombe.

But when days passed without Toney reaching out to his mom, with whom he was close. When he didn’t show up to celebrate Thanksgiving and didn’t show up for work, Duncombe knew something was wrong.

“I didn’t hear from him, but didn’t think too much of it. He’s 20 and living with a friend. He usually comes for Sunday dinner, so when he didn’t, we were worried. But we always celebrated Thanksgiving as a family,” said Duncombe.

The family contacted police. Toney’s last calls and texts were on Nov. 19 to some of his female friends. After that, everything, his cell phone and his social media, went blank.

“There are some things about this case that don’t make sense. There are some rough characters around here, but he lives clean. He’s the real thing,” Cadden told NewsOne.

“He doesn’t fit the profile of ‘I ran away and don’t want to talk to my mom anymore.’ He was close with his mother and I see why: She’s a good woman,” Cadden added.

Police have spoken to Toney’s many friends, but have no leads. Duncombe said Toney told his roommate he had to “deal with something” early the day he went missing, but didn’t specify what.

“I don’t have any leads right now. I have a whole lot of unanswered questions,” said Cadden.

Toney’s disappearance has been difficult for her and her family. Toney’s brothers just think he’s lost and trying to find his way home. Duncombe has had to attend counseling with family members after she started having panic attacks.

“I’m just trying to make it from day-to-day. I’m going to be hopeful because that’s what I can control,” said Duncombe, who added that’s been her message to the many families with missing loved ones she’s met since her son vanished.

Since he went missing, Duncombe discovered just how many people valued her son as a friend. And now she wants his friends to step up and tell police or the family if they know anything.

“What I know is this is not normal for my son. I know there are people who are not telling things they might know,” she said.

Duncombe’s message to her son is one of love and acceptance.

“We miss him and love him and we want him to come home or let us know he’s OK,” said Duncombe. “That’s what keeps me from sleeping at night. We don’t know anything and we just want to know that he’s OK.”

Last Seen Wearing: Toney was last seen wearing a tan hat with the word “Polo” on the front, a navy blue hoodie over a white T-shirt, black Adidas pants with three stripes down the leg and dark green sneakers.

Identifying Marks or Characteristics: He has a large tattoo on the right side of his chest.

Anyone with information about the whereabouts or circumstances of disappearance for William Toney may contact Sgt. James Cadden of the East Lansdowne Police Department at (610) 259-2308 or call 911. You may also contact the Black and Missing Foundation’s confidential Tip Line.