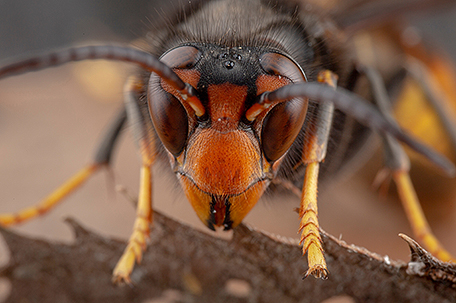 The confirmed sightings in December were accompanied by two unconfirmed but probable sightings, The Skagit Valley Herald reported on April 12.

The sightings were in Whatcom County along the state’s northern border.

The Asian giant hornets can attack and kill a honey bee colony within hours and scientists expect the hornet to emerge again this spring.

Tim Lawrence, director of the Washington State University Island County Extension and a honey bee expert, said the queen hornets come out of hibernation in April to feed on plant sap and fruit.

The goal is to eradicate the queens before they establish populations and pose threats to honey bees, which farmers rely on for crop pollination, Lawrence said.

The state agriculture department developed a guide that is posted on its website for members of the public who wish to assist with trapping the hornets. The traps consist of plastic bottles filled with an orange juice and rice cooking wine mixture.

Participating in trapping increases the risk of being stung and those who are allergic to bee or wasp stings should not participate, the website said.