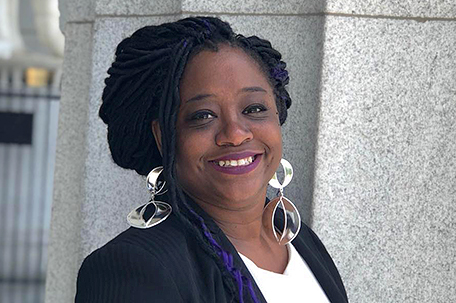 Vermont state Rep. Ruqaiyah “Kiah” Morris (D-Bennington) has had enough. After serving her state for four years, she decided against running for reelection because of racism.

Morris is the only Black woman in the Vermont Legislature. She won the Democratic nomination this month to serve a third term, but she announced her “withdrawal of candidacy for re-election as a state representative for Bennington District 2-2” in a Facebook post on Friday.

“The last two years have been emotionally difficult for many. Political discourse, and in particular within the sphere of social media has been divisive, inflammatory and at times, even dangerous,” Morris wrote. “It is my hope that as a state, we will continue to demand greater support and protections for one another from those forces which seek to divide and destroy our communities.”

Morris was expected to finish out her term for the rest of the year. See her full post below:

Morris had been enduring disgusting racism for two years, especially on social media.

One tweet from August of 2016 was a cartoon caricature of a Black person, with the caption, “S—, I be representin dem white m—f— of Bennington, gnome sayin?”