Verizon buys Yahoo for $4.83B, marking end of an era 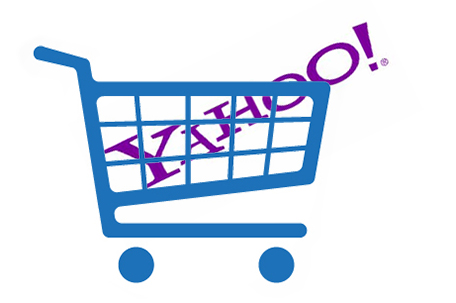 By Michael Liedtke and Tali Arbel

SAN FRANCISCO — Verizon is buying Yahoo for $4.83 billion, marking the end of an era for a company that once defined the internet.

It is the second time in as many years that Verizon, extending its digital reach, has snapped up the remnants of a fallen internet star. The nation’s largest wireless carrier paid $4.4 billion for AOL last year.

Yahoo will be rolled into Verizon’s AOL operations and CEO Marissa Mayer may be reunited with AOL CEO Tim Armstrong. Both were executives at Google for years and Armstrong tried unsuccessfully to convince Mayer to combine the two companies when they remained independent.

“We have enormous respect for what Yahoo has accomplished: this transaction is about unleashing Yahoo’s full potential,” Armstrong said in a printed statement.

Most analysts expect the deal to end the four-year reign of Yahoo’s Mayer, who flopped in her attempts to turn around Yahoo.

Mayer, though, told employees in a Monday email that she intends to stay without specifying for how long. “I love Yahoo, and I believe in all of you. It’s important to me to see Yahoo into its next chapter,” she wrote.

Yahoo Inc., based in Sunnyvale, California, is parting with its email service and still-popular websites devoted to news, finance and sports in addition to its advertising tools under pressure from shareholders fed up with a steep downturn in the company’s revenue during the past eight years.

The slump deepened even as advertisers pour torrents of cash into what is now a $160 billion market for digital advertising, according to research firm eMarketer.

Most of that money, however, has been flowing toward Google and Facebook, two companies that eclipsed Yahoo during its slide from an online sensation, once valued at $130 billion, to a dysfunctional also ran.

After the sale is completed early next year, Yahoo will become a holding company for its two stakes in China’s e-commerce leader, Alibaba Group, and Yahoo Japan. Those investments, made more than a decade ago, are worth more than $40 billion before taxes, making them by far the most valuable pieces of Yahoo. The holding company will drop the Yahoo name and adopt a new identify after Verizon takes control of the operating business.

Yahoo also still has a patent portfolio that it intends to sell, and about $7.7 billion in cash. Verizon is buying Yahoo’s real estate, along with the online operations.

Yahoo has hired a succession of CEOs to engineer a comeback, but finally gave up after the high hopes that accompanied Mayer’s arrival fizzled out.

The sale could potentially result in thousands of layoffs. Mayer has already jettisoned 1,900 Yahoo workers since last September.

If Mayer leaves following the sale, she will be in line to receive a severance package valued at $55 million.

When millions of people began to flock to the internet with the advent of graphical web browsers in the 1990s, Yahoo was king. Co-founders Jerry Yang and David Filo began building a web directory as Stanford University computer graduate students in 1994, and Yahoo quickly established itself as the online hub for tens of millions of people. It proved that internet companies could indeed be profitable as other dot-com startups burned through millions of dollars.

But Yahoo strayed from internet search in an attempt to build a multimedia business, clearing Google’s path to supremacy. Yahoo failed to recognize the importance of social networking and was slow to make the leap into mobile devices like smartphones and tablets. Yahoo attempted to buy Google and Facebook in those formative years, but it was rebuffed and then it was dwarfed by them.

By the time Yahoo’s board began soliciting bids for the company’s online operations, investors had concluded that business was being so badly mismanaged that it had become virtually worthless. Yahoo’s market value consisted almost entirely of its Asian investments.

Mayer told CNBC she is proud of her accomplishments at Yahoo, even though the company’s annual revenue, after ad commissions, fell from $4.4 billion before her arrival to a projected $3.5 billion this year. “We set out to create a stronger, more modern, version of Yahoo and that’s very much happened,” she said.

Despite Yahoo’s travails, its operations are a prize at Verizon as the carrier it attempts to capitalize on the growing number of people living their digital lives on smartphones. Verizon already profits from the data plans that connect more than 100 million people using those devices to the internet; with AOL and Yahoo’s services, Verizon is now looking to control more of the advertising on phones, rather than surrendering it to Google and Facebook.

By bringing AOL and Yahoo together, Verizon is betting that it will be able to draw upon the best of both services to create more compelling apps and attract more advertisers.

If Verizon fully owned Yahoo right now, it would generate about $3.6 billion in U.S. ad revenue this year to eclipse Microsoft for third place in the market, based on eMarketer’s estimates. It would still be a very distant third in ad revenue, compared with Google’s projected $27 billion, and Facebook’s projected $10 billion.

While Verizon prizes Yahoo’s ad services, it covets the hordes that still regularly visit to pick up their email, check the weather and catch up on current events, celebrity gossip and the stock market. The company is hoping to have a mobile audience of 2 billion people by 2020, with a goal of $20 billion in mobile revenue by that time.

Yahoo says it has more than 1 billion users, including 225 million on its email service. The email users are an especially valuable part of Yahoo’s audience because they tend to visit on a regular basis and log in to make it easier to track their interests for advertising purposes.

Verizon won a five-month auction for Yahoo over a list of other bidders that included rival AT&T Inc., a group led by Quicken Loans founders Dan Gilbert and private equity firms that that specialize in buying distressed companies and trying to rehabilitate them.

The deal, expected to close within the first three months of next year, still needs approval from Yahoo shareholders.

T-Mobile USA to combine with MetroPCS