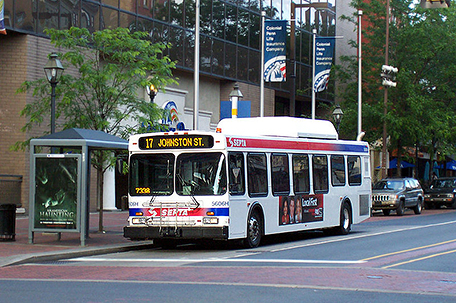 SEPTA Board Chairman Pat Deon said in a statement that the authority and Transport Workers Union Local 234 reached a two-year agreement.

Deon says the tentative settlement “is due to the hard work of veteran, professional negotiators” representing both the authority and the union.

They weren’t releasing any details of the deal, but in an email the TWU said more information would be released Saturday.

Deon called the tentative contract “fair to our union employees, our customers and the taxpayers and balances the needs of our valuable workforce, while operating the transit system in the most efficient manner possible.”

Willie Brown, head of Transport Workers Union Local 234 told The Philadelphia Inquirer: “We got it done. I’m satisfied.” He thanked SEPTA customers for their “patience and understanding.”

A ratification vote will probably be held in the middle of next week, Brown told the newspaper.

Members voted Oct. 26 to authorize a strike. The next day, Brown, held a news conference during which he said, “my objective is not strike. My objective is to get the contract, but I’m also going to be fair to my membership.”

The last strike, which lasted for six days in 2009, began with virtually no notice, and riders awoke to empty bus stops and locked subway entrances.

SEPTA, the nation’s sixth-largest transit operator, serves Philadelphia and its surrounding counties and has annual ridership of about 337 million.

Employee benefits and wages account for about 70 percent of SEPTA’s $1.3 billion operating budget this year. The average annual salary for a bus operator, including overtime, is about $65,000, according to the agency.

TWU represents about 4,700 bus, trolley and subway operators and mechanics in the city division. Their contract expired in March. Collectively, those lines provide about 825,000 passenger trips on an average weekday.