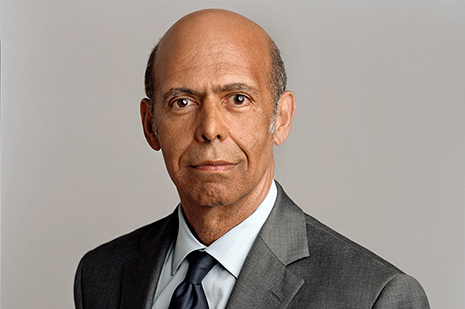 WASHINGTON — One of the largest labor unions in the country is severing its ties with the United Negro College Fund over the storied scholarship group’s relationship with the Koch brothers.

Lee Saunders, president of the American Federation of State, County and Municipal Employees, said in a letter to UNCF President Michael Lomax on Thursday that it was “with the deepest regret” that the union would pull out of a scholarship program run jointly by the two groups. Saunders himself is African American.

“We are doing this as a result of actions you have taken as president of the UNCF that are not only deeply hostile to the rights and dignity of public employees, but also a profound betrayal of the ideals of the civil rights movement,” wrote Saunders, whose union represents 1.6 million public sector workers.

Lomax’s decision to speak at a “Koch brothers summit in California,” Saunders said, “was a betrayal of everything the UNCF stands for.” He explained, “Your appearance at the summit can only be interpreted as a sign of your personal support and the UNCF’s organizational support of the Koch brothers’ ideological program.”

Last month, the college fund announced a $25 million grant from the Charles Koch Foundation and Koch Industries Inc. that would go toward scholarships for African-Americans and support for historically black colleges.

Given that the Koch name has become shorthand for right-wing political influence, Lomax was already defending the grant even as he was announcing its acceptance. He told PBS that the UNCF tries to operate without an “ideological lens” and is willing to accept funding from across the political spectrum in order to offer scholarships.

“Criticism is a small price for helping young people get the chance to realize their dream of a college education, and if I’ve got to bear the brunt of someone else’s criticism to ensure that we have the resources to help those students, then I can handle it, and I can take the heat,” Lomax said.

For 11 years, the AFSCME/UNCF Union Scholars Program has put college students in AFSCME summer work programs and offered them scholarship money in their junior and senior years. According to an AFSCME spokesman, the union has typically provided between $50,000 and $60,000 to the program each year, with additional money coming from the union’s local affiliates. All told, the contributions amount to “hundreds of thousands” of dollars annually, he said.

In his letter, which was first reported by BuzzFeed, Saunders said the union would “continue the mission” of the program without the UNCF.

In a statement, Lomax said that he was “saddened” by AFSCME’s decision, but that it “will not distract us from our mission.”

“UNCF has over 100,000 donors with a wide range of views, but they all have one thing in common: they believe in helping young students of color realize their dreams of a college education,” Lomax said.

A spokesperson the Charles Koch Foundation did not immediately respond to a request for comment. According to the UNCF website, the Kochs have been supporters of the college fund since 2005.

Saunders’ letter criticized the college fund for accepting money from the Koch network of organizations that have “devoted themselves for more than a decade to attacking the voting rights of African Americans. They support voter identification laws. They seek to restrict early voting and voter registration. They support laws that threaten organizations that register voters in the African American community.”

The union president pilloried Lomax for speaking at the Koch gathering, which, as The Nation reported last month, also featured Charles Murray, the libertarian social scientist who co-authored a controversial book on human intelligence, “The Bell Curve.” “There is no person in America whose work is more opposed to the fundamental mission of the UNCF than Charles Murray,” wrote Saunders, saying the author’s work on African-Americans implies that “we and our children are genetically inferior.”

Murray recently defended his 1994 book against such criticisms, writing, “Our sin was to openly discuss the issue, not to advocate a position. But for the last forty years, that’s been sin enough.”