Who is Timothy Cunningham? What is known so far about the missing CDC employee 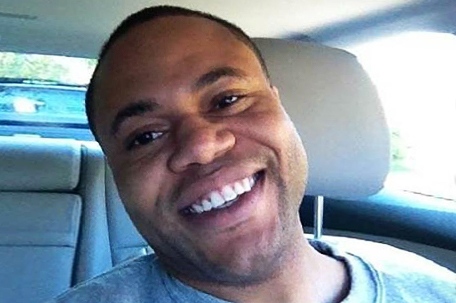 News One and various other news outlets reported on Tuesday that Timothy Cunningham, an epidemiologist with the chronic disease department at the Centers for Disease Control and Prevention who has been missing since February 12 in northwest Atlanta, was “upset” over being passed over for a promotion, Atlanta police said on Tuesday afternoon. Cunningham told several co-workers that he had expected to receive the promotion, Major Michael O’Connor explained.

Cunningham had left work early on February 12 after having told his co-workers that he was sick. His parents, Tia and Terrell Cunningham, visited his home after not hearing from him. His personal belongings and his car were found at his residence.

“This is an extremely unusual set of circumstances,” O’Connor said, according to The Atlanta Journal-Constitution. “It is not common for us to find someone’s entire belongings.”

A $10,000 reward had been offered for information by Atlanta police, who said they didn’t suspect foul play.

A neighbor revealed an odd and startling detail about the Morehouse graduate, according to CBS News.

“He told my husband to tell his wife – me – to erase his cellphone number from my cellphone,” Viviana Tory, Cunningham’s next-door neighbor, said.

Conspiracy theorists have also chimed in with ideas on how and why the scientist vanished without nearly a trace. The doctor, who went to Harvard as well as Morehouse, had worked on a study about the disparities in death rates among Blacks that was published last May. The study was connected to a 1996 ban by the NRA against the CDC examining gun violence as a crisis, according to social media users who pointed out that Cunningham’s bizarre disappearance happened after this controversial publication.

In addition, Internet rumors about Cunningham being a whistle-blower who had cautioned the public about the flu shot being responsible for this year’s deadly flu season have been touted as a possible reason for his disappearance, a claim that his father, Terrell Cunningham disputed as false to CNN.

Though theories may start running rampant, Cunningham’s parents have come up short as to why their son has gone missing. As they continue to hang missing posters throughout Cunningham’s neighborhood and try to get the word out, the mystery surrounding their son’s death is overwhelming.

“Everything about this disappearance is unusual,” his father, who drove from Maryland to Georgia after not hearing from his son for two days, told CNN.

The family discovered Cunningham’s wallet, his car and dog left behind in his Atlanta home, where he lives alone. Police have turned up nothing yet to offer any comfort to the man’s relatives after having searched the woods near his residence. No foul play is suspected, though authorities are “exploring all possibilities,” CBS reported.