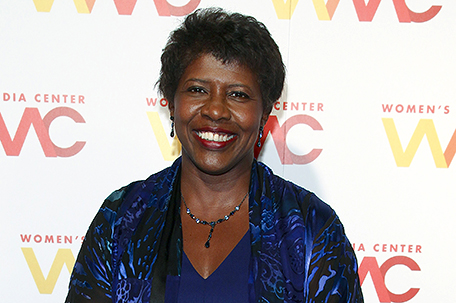 Ifill died last Monday at 61 after a yearlong battle with cancer. Mrs. Obama did not speak at the service, but several journalists and political figures offered reflections.

“We didn’t look like other anchor pairs — and we loved that,” said Judy Woodruff, half of the history-making team that became the first female co-anchors of a major news broadcast in 2013. The two co-hosted PBS’ “NewsHour.” Woodruff added that Ifill is needed “more than ever.”

“Never have we faced tougher challenges, and no one would’ve risen to them better,” she added. Ifill, she added, will “be our compass.”

Former Attorney General Eric Holder read a letter from President Barack Obama, who was in Peru. In his own comments, Holder likened Ifill to “a comet” and challenged the colleagues she leaves behind to honor her legacy with their work by holding those in power accountable.

“Will you cower? Will you normalize that which is anything but?” Holder asked in a veiled reference to the incoming administration of Donald Trump. 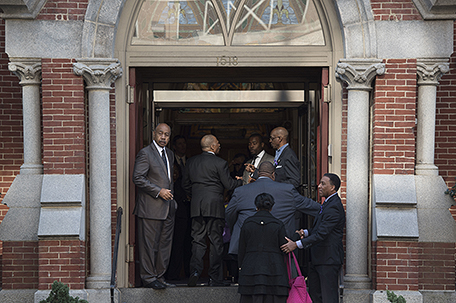 The service, held at the historic Metropolitan A.M.E. Church — where Ifill was a longtime member — was also a grand display of her faith and roots as the daughter of Caribbean immigrants whose father was a leader of the African Methodist Episcopal Church. Her pastor of many years, Bishop William P. Deveaux, recalled Ifill as “brilliance cloaked in humility.”

A former reporter for The New York Times and The Washington Post, Ifill transitioned to television in the 1990s, covering politics and Congress for NBC News. She moved to PBS in 1999 as host of “Washington Week” and also worked for “NewsHour.” She moderated vice presidential debates in 2004 and 2008.

John Dickerson, host of CBS’ “Face the Nation” who joined Ifill as a regular panelist on “Washington Week,” said Ifill “wore her grace like a garment,” but added her infectious laugh came with a withering scowl.

“I’m not going to say it in church, but there’s a very specific word for what Gwen could detect,” Dickerson said.

“She was the shining star in our family,” Sherrilynn Ifill said of Gwen. “She was the most American of success stories. Her life and her work made this country better. She did the hard work for us for so long … It’s time to take her example and do what she did.”

Ifill took a leave from “NewsHour” last spring for health reasons, but kept the details of her illness private.