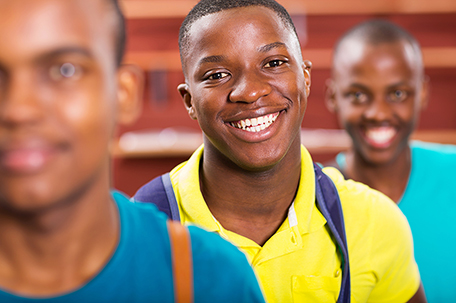 The White House Initiative on Educational Excellence for African Americans  (WHIEEAA) will hold the first of four upcoming summits on improving learning and development for African American children and youth at Morehouse College in Atlanta, Ga., on Thurs.-Fri.,  Feb. 13-14.

Cosponsored by Ebony magazine, the summit series is being launched to identify ways to improve the academic achievement of African American students and better prepare them for college and career.   The series will bring together leaders in education, business and other fields for conversations about what is needed to keep students engaged in school and supported in learning and development opportunities beginning at birth.  The summits will also highlight individuals and organizations that are successfully supporting educational excellence for African Americans.  A third goal is to focus on creating opportunities for parents, grandparents, guardians, and other caring adults in the community to increase the number African Americans who graduate from high school prepared for future success.

Each summit will focus on a different theme:

Topic: Mental and Physical Health and Well Being

• October 24-25 at University of Pennsylvania, Philadelphia

The summit at Morehouse will focus on addressing the academic achievement and development of African American male students at all grade levels.  Remarks will be delivered by Morehouse President John Silvanus Wilson; U.S. Deputy Secretary of Education Jim Shelton; Ebony magazine’s Editor-in-Chief Amy DuBois Barnett; a town hall meeting moderated by David Johns, executive director of the WHIEEAA, and many other speakers and panel discussions, found here on the complete agenda.