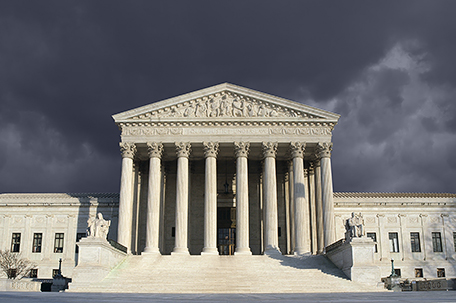 The decision imposes a burdensome pleading standard on victims of discrimination

WASHINGTON – The United States Supreme Court instructed a lower court to reconsider its ruling in a discrimination case involving National Association of African American Owned Media (NAAAOM) and Comcast. The decision issued by the Court weakens the reach of Section 1981, a core provision of the Civil Rights Act of 1866 – a historic statute that prohibits discrimination on the basis of race, color and ethnicity when making and enforcing contracts – imposing a burdensome pleading standard on victims of discrimination.

“The Court’s decision imposes a tougher burden of proof that will likely make it more difficult for discrimination victims to invoke the protections of Section 1981 in discrimination cases,” said Kristen Clarke, president & executive director of the Lawyers’ Committee for Civil Rights Under Law. “This ruling weakens our nation’s oldest civil rights statute and may shut the courthouse door on some discrimination victims who, at the complaint stage, may simply be without the full range of evidence needed to meet the Court’s heightened standard. That said, the Court has ordered the district court to review its earlier decision to determine whether ESN’S claims satisfy the standard. We will be watching closely to ensure that courts give discrimination victims a fair opportunity to be heard in these cases.”

“Today’s Supreme Court decision is a huge step backward in our march toward achieving equal opportunity for all,” said Derrick Johnson, NAACP president and CEO. “It will significantly restrict the ability of discrimination victims to prove their claims under one of our nation’s premier civil rights laws. We will do everything within our power to urge Congress to correct this travesty of justice.”

“In passing the Civil Rights Act of 1866, the Reconstruction Congress recognized that African American people must be placed on an equal footing with White people in their ability to access economic opportunity.  Today, the Supreme Court undermined that important commitment, ruling that a defendant may escape liability even if racial discrimination played a role in its decision, and places instead an additional burden on plaintiffs at the very outset of their litigation,” said Sherrilyn Ifill, president and director-counsel of the NAACP Legal Defense Fund. “We are gratified that the Court did not adopt some of the more extreme arguments advocated by Comcast and the Trump Administration as amicus curiae.  We will be carefully monitoring how this decision is applied in the lower courts to ensure that victims of racial discrimination have a meaningful remedy.” “The court’s troubling decision has the potential to weaken a historic civil rights statute and diminish an important tool for discrimination victims seeking legal recourse,” said Vanita Gupta, president and CEO of The Leadership Conference on Civil and Human Rights. “Every person, no matter who they are or what their race, should have fair and equitable access to opportunity and economic mobility.  If courts apply today’s decision in a manner that allows discriminatory acts to go unabated, Congress must step in to reverse the decision and safeguard the rights of discrimination victims.”