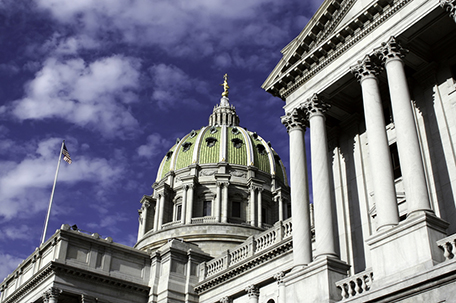 The presidential elections aren’t the only game in town.

Let’s be honest, the presidential race has sucked a lot of the air out of the electoral room this election cycle.

The contest between President Donald Trump and former Vice President Joe Biden is a pretty important contest because of what it could mean for our country in general and our democracy in particular.

But in Pennsylvania, there’s another set of elections that have equal, or even greater, importance to your everyday life as a Philadelphian. All 203 members of the House of Representatives and 50 members of the Senate are up for re-election in this year’s elections.

Now, why is this important?

The reason why it’s important to know who’s running for these offices is because they make the laws that directly impact your life. If you’ve ever wondered why the budget takes so long to pass sometimes, or why school funding seems to be hard to come by, or why every law that Philadelphia City Council has ever passed governing gun violence has been overridden, you need look no further than the domed building in Harrisburg for your answers.

So, knowing who they are and what they stand for is important. Right now, the General Assembly is controlled by the Republican Party. In the House of Representatives, there are 109 Republicans, 93 Democrats and one vacant seat, a 16-seat margin between the two parties.

While Pennsylvania is considered a swing state when it comes to national politics, the legislature has been under solid Republican control for a while.

With the exception of two members of the House of Representatives — Thomas Murt and Martina White — the Philadelphia delegation is made up of Democrats. In fact, all of the Philadelphia delegation’s senators are Democrats, including State Sen. Vincent Hughes, the Senate’s minority appropriations chair and Sen. Sharif Street, the vice chair of Pennsylvania’s Democratic Party.

In Part II of the SUN’s General Assembly explainer, we’ll look at the candidates running for these offices.

SUN Endorsements for the 2012 General and Special Election