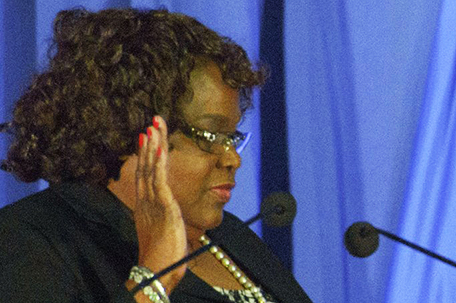 NEW ORLEANS — A man caught with stolen hedge clippers decades ago must continue to serve his life sentence, despite a stinging dissent from the chief justice of Louisiana’s Supreme Court, who said the sentence was the result of laws rooted in racism. Justice Bernette Johnson, the only Black person on the seven-member court, outlined the case against Fair Wayne Bryant in a dissent after her colleagues, without comment, declined to review the latest appeal in the 1997 burglary case.

Bryant does have another chance at freedom. He has applied for parole and members of the state’s parole committee could decide next week whether to grant him a hearing. But Johnson said the sentence itself was “excessive and disproportionate” and should have been reconsidered by the state’s highest court.

Bryant, who is Black, was sentenced as a habitual offender after three previous convictions. According to court records, there was a 1979 attempted armed robbery conviction — a crime classified as violent under Louisiana — and three subsequent non-violent crimes: possession of stolen things in 1987, attempted forgery of a $150 check in 1989; and simple burglary in 1992.

In November, a state appellate court held that the sentence was in accordance with the habitual offender law and after an initial appeal failed, no longer subject to review. Johnson said the sentence was so out of proportion to the crime as to be clearly unconstitutional.

“Such petty theft is frequently driven by the ravages of poverty or addiction, and often both,” Johnson wrote. “It is cruel and unusual to impose a sentence of life in prison at hard labor for the criminal behavior which is most often caused by poverty or addiction.”

She went on in her two-page dissent to give a brief history of laws passed after the Civil War to make it easier to convict former slaves and their descendants for minor crimes and sentence them harshly, an attempt, she said, to “re-enslave African Americans.”

Johnson called severe habitual offender sentences a “modern manifestation” of such laws. In addition to being unfair, Johnson wrote, they are costly to the state. “Since his conviction in 1997, Mr. Bryant’s incarceration has cost Louisiana taxpayers approximately $518,667,” she wrote. “Arrested at 38, Mr. Bryant has already spent nearly 23 years in prison and is now over 60 years old. If he lives another 20 years, Louisiana taxpayers will have paid almost one million dollars to punish Mr. Bryant for his failed effort to steal a set of hedge clippers.”

While the lower appeals court declined to review the sentence, it did hold in an earlier ruling, in 2018, that Bryant had been illegally denied parole eligibility. An attorney who handled Bryant’s appeal for the Louisiana Appellate Project did not immediately respond to an emailed query. But Francis Abbott, executive director of the Louisiana Committee on Parole, said in an email that Bryant applied for parole on July 21. He said panel members are to review his case next week and decide whether to grant a hearing.

The district attorney’s office in Caddo Parish in northwest Louisiana, where the case originated, declined comment last Friday. The American Civil Liberties Union of Louisiana, reacting to Johnson’s dissent, issued a news release last Thursday in which it reiterated its call for the repeal of laws holding life sentences for what the organization called minor offenses. The ACLU also called on district attorneys to stop seeking such penalties.