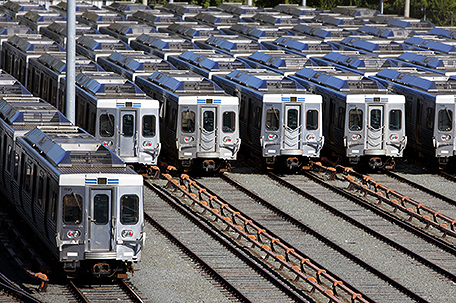 Scott Sauer, SEPTA’s Assistant GM of system safety, says one train going around the loop rear-ended a train that was stopped on the tracks.

Then, the cars derailed. They didn’t topple over, but leaned over the tracks and officials say they sideswiped the third train involved, which was heading in the opposite direction on a different track.

It’s unclear why the passengers were still on board, because the train wasn’t in service.

The cause of the crash still isn’t clear, but sources tell CBS 3 it could possibly be a signal issue.

SEPTA adds this is not related to the cracks on the Market-Frankford Line trains found a few weeks back.

He says it’s unclear why the passengers were on the out-of-service train. The cause of the accident is under investigation.

Shuttle buses are running between the 69th Street Transportation Center and the 63rd Street Station.

CBS 3 contributed to this report.