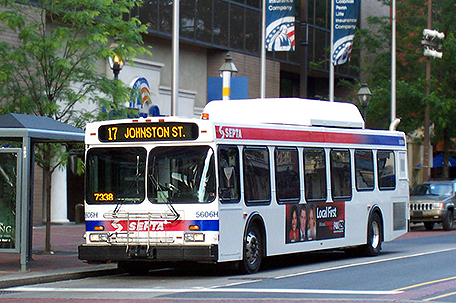 CBS 3 reported Sunday that the union representing SEPTA bus drivers, subway and trolley operators has voted to authorize a strike if a deal is not reached before its contract expires at the end of October.

“The parties continue to bargain, to reach a new agreement,” she said. “While we hope the union does not exercise it’s right to strike, we are focusing on reaching a new contract that’s in the bet interest of our riders, employees and stakeholders.”

Showell-Lee said the vote to strike doesn’t mean it will happen.

“We’re at the table. We don’t want to speak prematurely. As we move forward, we will take steps as to what that next step will be.”

Transport Workers Union Local 234 members met Sunday morning and unanimously voted to walk off the job when their contract expires on November 1.

“Our members have spoken,” said TWU President Willie Brown, who heads the union’s negotiating committee. “We’ve been at the bargaining table for months, making positive and progressive proposals to address our members’ needs and move the authority forward, and yet we’ve been stonewalled by SEPTA management and their team of outside lawyers.”

The negotiations for a new contract officially began on July 13, 2016. Many issues are being discussed, including pension benefits, health care, and non-economic reforms to improve conditions and the quality of work at SEPTA.

“We still have to address pension reform, because SEPTA is giving rich retirement benefits to top managers while demanding cuts from frontline workers,” Brown said. “We need to address health care. We will not permit SEPTA to switch our families into a program with inferior health benefits. And we must address scheduling and fatigue issues that cause safety issues for our operators – and for the passengers they serve.”

Brown said the union is focused on an agreement that brings stability to SEPTA and its workers. He confirmed that if an agreement is not reached by midnight on October 31, union members will not report to work.

“We’re not looking at an extension, and we’re not interested in working without a contract,” he said. “SEPTA must negotiate in good faith so we can get a deal by the deadline.”

SEPTA management issued the following statement regarding the union’s vote.

“The parties continue to bargain to reach a new agreement. While we hope that the union does not exercise its right to strike, we are focusing on reaching a new contract that’s in the best interest of our riders, employees and stakeholders.”

Gov. Tom Wolf has released a statement urging the two sides to come together and find a compromise.

SEPTA’s Regional Rail would not be affected by a strike.

CBS3 contributed to this report.