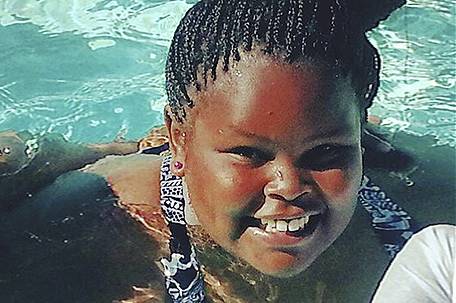 OAKLAND, Calif.  — The family of a Northern California girl on life support after being declared brain dead appeared with hospital officials in court Monday to announce the name of the independent physician it has chosen to provide a second opinion on the girl’s condition.

Grillo ordered the family to meet with doctors to select a neurologist to evaluate the 13-year-old.

In its court memorandum, the hospital said it has no duty to maintain life support because Jahi’s condition is irreversible.

“Ms. McMath is dead,” the hospital said in the memo. “Children’s is under no legal obligation to provide medical or other intervention for a deceased person.”

The family says the girl bled profusely after a routine tonsillectomy. She then went into cardiac arrest before being declared brain dead Dec. 12.

The teen’s mother, Nailah Winkfield, over the weekend pleaded for prayers for her daughter.

“Despite what they say, she is alive. I can touch her, she is warm. She responds to my touch,” Winkfield said in an open letter Saturday. “Given time I know (God) will spark her brain awake.”

Children’s Hospital responded in a statement that while it sympathizes with Winkfield’s wishes, it would be unfair to give false hope.

Winkfield said her daughter bled profusely and went into cardiac arrest after undergoing a “simple procedure” to remove her tonsil to help with her sleep apnea.

The hospital’s statement contends the surgery was complicated, and that the facility is committed to fully investigating what caused “this catastrophic outcome.”

The family’s attorney, Christopher Dolan, told Grillo the family wanted independent tests because it does not believe the hospital’s physicians are sufficiently independent.

The hospital said in documents presented to the court Friday that a staff neurologist and Jahi’s attending physician conducted separated exams, both of which determined that Jahi’s entire brain, including her brain stem, stopped functioning.