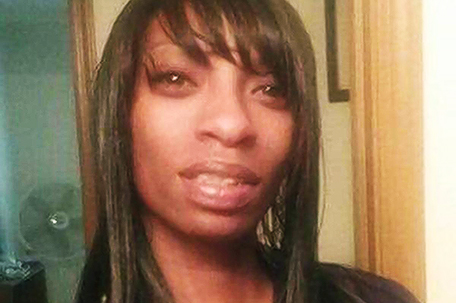 SEATTLE — Seattle police are investigating the fatal shooting by two officers of a 30-year-old woman family members say was pregnant and struggling with mental health issues.

The officers went to the apartment – where several children were present – after a call Sunday morning about a burglary, police said.

At some point, the woman, identified as Charleena Lyles, “confronted” them with a knife, and both officers shot their weapons, authorities said. The children were not injured, police said.

“The officers immediately performed first aid,” but fire medics arrived and determined she had died, the police department said in a statement Sunday afternoon.

The “Washington Times” and “Seattle Times” reported that Lyles had called police to report a possible burglary.

At a vigil Sunday night, family identified Lyles, according to the Times, and relatives said she had a history of mental health struggles. She was three months pregnant, her family said, and too “tiny” for officers to have felt threatened by her — even if she had a knife. Police on Monday released a roughly 4-minute dashcam audio of the officers discussing “a safety caution” and a previous encounter with the woman before they reached her fourth-floor apartment in Seattle’s Sand Point neighborhood.

On the audio, the woman can be heard discussing with the officers that there was a break-in. They calmly discuss an X-Box video game console being taken and roughly 15 seconds later, officers could be heard saying “Get back! Get back!” and “We need help” before gunfire erupts. A child’s cry can be heard in the background.

Friends and family held a vigil Sunday night for Lyles, according to media reports. Some questioned why non-lethal options weren’t used in the case.

Seattle Mayor Ed Murray in a statement Sunday called the shooting “a tragedy for all involved.”

“Our historic police reforms, from de-escalation training to civilian-monitored force review, are in place to address such crises. This will be fully investigated,” Murray said.

He added that the investigation will be reviewed by the federal monitoring team supervising the city’s consent decree.

Seattle has been under a 2012 consent decree with the U.S. Justice Department that resolved allegations of unconstitutional policing. Seattle officials agreed to an independent monitor and federal court oversight of the city’s police department after a Justice investigation found Seattle officers routinely used excessive force.

The department said Sunday that though this was a typical burglary report, “two officers were required due to information pertaining to this address that presented an increased risk to officers.”

The Washington Times contributed to this report.