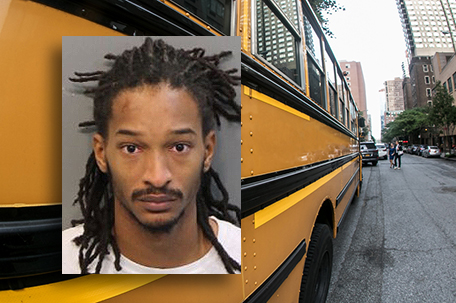 CHATTANOOGA, Tenn.  — A school bus driver who authorities say was speeding along a narrow, winding Tennessee road when he wrapped his vehicle around a tree was arrested and charged with vehicular homicide in the deaths of five children.

Investigators were looking at speed “very, very strongly” as a factor in the crash, Fletcher said earlier. An arrest affidavit posted online by Chattanooga station WTVC says Walker was driving well above the posted 30 mph speed limit on a narrow, winding road when he lost control of the bus. His bond was set at $107,500, according to the affidavit.

Walker is scheduled to appear in court on Nov. 29, the Times Free Press of Chattanooga reported.

Thirty-five students from kindergarten through fifth grade were on board when the bus flipped onto its side and wrapped around a tree. The bus was the only vehicle involved in the crash, but Fletcher said the scene was complicated and covered a significant area. He also said a warrant had been issued to remove the bus’ black box, which contains data about the vehicle’s movement.

Bloodied Woodmore Elementary School students lay on stretchers, while others walked away dazed with their parents after the crash, local news outlets reported. More than 20 children went to hospitals for their injuries, according to Fletcher.

Emergency responders needed almost two hours to get all the children off the bus.

The National Transportation Safety Board sent a team to Chattanooga on Tuesday to investigate.

NTSB Chairman Christopher A. Hart said investigators will focus first on getting evidence such as memories from witnesses. He said investigators would also check on whether the bus has cameras and whether its engine has a monitoring chip. He said the NTSB’s goal is to determine the cause in order to prevent such tragedies from happening again.

Kelly, the interim superintendent, said three of the students killed were in fourth grade, one was in first grade and another in kindergarten. Kelly said six students were still in intensive care Tuesday morning and six others were also hospitalized.

Chattanooga Mayor Andy Berke said the city was in mourning.

“The most unnatural thing in the world is for a parent to mourn the loss of a child,” Berke said. “There are no words that can bring comfort to a mother or a father. So today, the city is praying for these families.”

Craig Harris, a parent of two children who were on the bus, told ABC’s “Good Morning America” Tuesday he thought the bus driver sometimes drove too fast.

“There has been times where I’ve seen him going a little faster than he probably should be going,” Harris said.

Harris said his daughter and stepson were in shock and pain after the crash but were doing better Tuesday.

Demetrius Jenkins, 22, was dropping off his first-grade son, Jermaine Bradley, at school the day after his best friend was killed in the crash. He said he hadn’t yet told his son his friend had died.

Television stations reported people lined up to donate blood and some donors were asked to make appointments for Tuesday.

Pastor Tavner Smith and a dozen staffers of the Venue Church came to the school to offer support to students and families.

“It’s devastating,” Smith said. “You send your kids to school and think you’re going to see them that evening. We’re really just praying for all the families right now, for what they’re going through.”

At school, Kelly said classes would be held Tuesday with counselors available for students and staff.

Fletcher said the families of the children who died had been notified but police would not release their names because they were juveniles.

“Our hearts go out, as well as the hearts of all these people behind me, to the families, the neighborhood, the school, for all the people involved in this, we assure you we are doing everything we can,” Fletcher said.

At the state Capitol in Nashville, Tennessee Gov. Bill Haslam called the crash “a tragic event” and offered assistance.

“We’re going to do everything we can to assist in any way,” Haslam said.