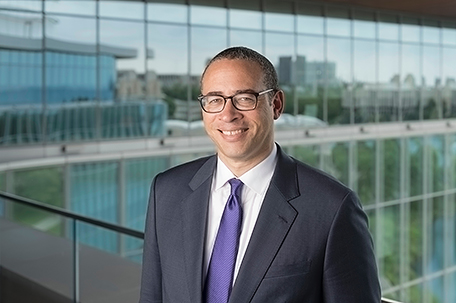 Jonathan Holloway, 52, will start his new job on July 1 after receiving approval from the Rutgers Board of Governors. He will be the 21st president of New Jersey’s flagship university, succeeding Robert Barchi, who has led Rutgers since September 2012.

Holloway, a married father of two, has served as Northwestern’s provost since 2017. Before that, he was the dean of Yale College and Edmund S. Morgan Professor of African American Studies, History, and American Studies at the Ivy League school.

Holloway received a Bachelor’s degree with honors in American Studies from Stanford University and a doctorate in history from Yale. He began his academic career at the University of California, San Diego, before joining the faculty at Yale in 1999.

“I was drawn to the opportunity at Rutgers University because of its amazing history, its foundation of excellence in teaching, and its ambition to continue conducting life-changing research that improves our communities, our country and our world,” Holloway said.