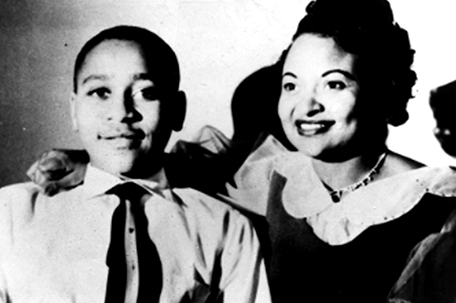 WASHINGTON — On October 16, U.S. Representatives Bobby L. Rush (D-Ill.) and Don Bacon (R-Neb.) introduced legislation that would award a Congressional Gold Medal to Mamie Till-Mobley, the mother of Emmett Till and a tireless fighter for civil rights and racial justice.  The Congressional Gold Medal is awarded as a national acknowledgment of renowned persons, institutions, or events.

“Emmett Till’s death brought the unvarnished, brutal truth of racism to the forefront, largely because of Mamie Till-Mobley’s brave decision to hold an open casket funeral for her son.  Mamie Till-Mobley’s courage during the most trying time of her life galvanized the civil rights movement and helped put America on the path to becoming a fairer and more just country,” said Rush.  “When the photo from Emmett Till’s funeral ran in Jet, I will never forget how my mother gathered us around the coffee table and told us ‘That’s why I brought my boys out of the South.’  I thank Representative Bacon for joining me in this effort in supporting Emmett Till and Mamie Till-Mobley’s legacy.”

“It is fitting that this medal be commissioned so our nation recognizes the horrendous lynching of Emmett Till and the legacy made by his mother Mamie Till-Mobley, in her noble quest for justice for her son.  We can never and must never forgot his story, and the stories of the over 4,700 victims of lynching who experienced racial terror in this country.  This is a meaningful step in the right direction of addressing our past, acknowledging mistakes, and using those lessons to better ourselves and our country,” said Bacon.

Mamie Till-Mobley’s legacy is further felt through the Emmett Till Unsolved Civil Rights Crimes Act, which was signed into law in 2007 with the backing of the Emmett Till Justice Campaign, which she cofounded.  This legislation ensured that those who committed heinous, racially motivated attacks like the one on her son would be pursued to the fullest extent of the law.