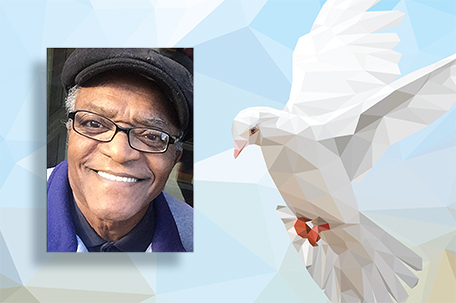 “When this life is over, I’ll fly away” — Richard’s Life Journey

“Precious Lord, take my hand, lead me on and let me stand, I once was lost, and now I’m found…”

Richard was the third eldest of the children born to the late William Lowe and Constance Waters in Philadelphia on March 19, 1942. From the day he entered this earth, Richard was full of life — a mover and shaker who lived life and enjoyed it immensely. Predeceased by his sister Lucille Wharton and son Bernard (“Mayonnaise”) Lowe. Richard was seen as the patriarch of the family — always leading, guiding and directing.

Educated in the Philadelphia public school system, Richard graduated from Edison A. High School. He was employed by the School District of Philadelphia as a bus driver for many years, and  he retired with exemplary service and numerous accommodations. Richard enjoyed his time transporting “his children,” as he affectionately called them. When retirement beckoned, Richard used his time wisely by spending time with his family and sharing fond memories of the past and imparting  words of wisdom and encouragement.

The highlights of Richard’s life were the marriage to his best friend and soulmate , Marlene, and the birth of his children, grandchildren and great-grandchildren. Richard was adventurous, a balladeer who was always harmonizing and an avid sports fan. He would travel the globe to attend a sporting event.

Richard was extremely entrepreneurial, always developing new business ideas and concepts to ensure that those he loved and cared for were self-sufficient. Richard firmly believed in allowing a man to fend for himself and not rely on others.

The Lord gave Richard 78 years to share with us. Now his gentle, loving spirit is resting with God in heaven.

Given the current crisis of the coronavirus (COVID-19), the service was  attended by a limited number of family members only. There will be a memorial service in Richard’s honor later in the year.