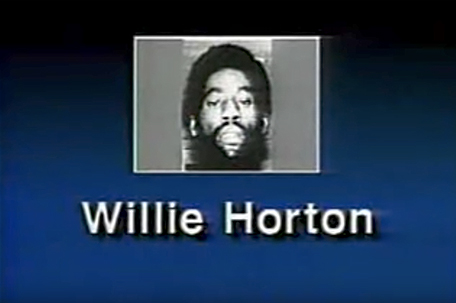 George H. W. Bush, the 41st president of the United States, died at the age of 94 on November 30 in his beloved Texas. But while some news outlets remembered the former vice president, former director of the Central Intelligence Agency and father to the 43rd president as a devoted family man and war hero, others on social media said they still felt the lingering pain from one of the lower points of Bush’s political career.

The single term president won the White House in 1988, but not before his campaign put out a political ad that rubbed many the wrong way, especially African-Americans. At the time of a contentious election season, Republicans released the now-infamous TV commercial about a man named Willie Horton in order to explicitly exploit White fear of Black men.

Horton was a convicted murderer who raped a White woman while out of prison under a weekend furlough program in Massachusetts. His “scowling mug shot became a shorthand for out-of-control crime, dog-whistle racial politics, and who partly brought down Gov. Mike Dukakis’ presidential campaign,” Boston.com reminded readers in 2015.

As of last Saturday morning, “Willie Horton” was a top trending topic on Twitter, showing that news of Bush’s death was evoking not-so-fond memories of the 53-second ad intended to send White voters flocking to the polls to vote for the then-vice president in theoretical exchange for protection from the alleged hoards of Black criminals.

The ad falsely depicted Dukakis’ Massachusetts as the only place with a furlough program, as more than 40 states had similar programs, the Washington Post pointed out in 1988. The federal government also had a furlough program in the 1980s.

“I’m not this picture they paint – dumb ni**er. You follow?’’ Horton said in 2015 interview with The Marshall Project. “I hate to use that word, but that’s the picture they painted. ‘He’s uneducated, he’s this, he’s that.’ I never lived up to that name that they painted with that picture, which was ‘Willie.’ My name is William. No one has ever called me ‘Willie.’’’

Despite the commercial (or because of it), Bush and his vice-presidential candidate Dan Quayle beat Dukakis and his running mate, Texas Sen. Lloyd Bentsen.

The commercial was widely seen by liberals and humanitarians alike as an effort to continue the nation’s tradition of White supremacy that has continued up until the current president, who recently released his own political ad that many people said was simply an updated version of the Willie Horton spot from three decades earlier.

Donald Trump tweeted the video on Halloween Day that blamed Democrats for allowing an undocumented Mexican immigrant to kill two California deputies in a sign that the president said meant that liberals would allow hoards of Hispanic migrants into the country to do more of the same.

The video showed deputies removing Luis Bracamontes from a courtroom in February because of his outbursts about killing more cops during his sentencing.