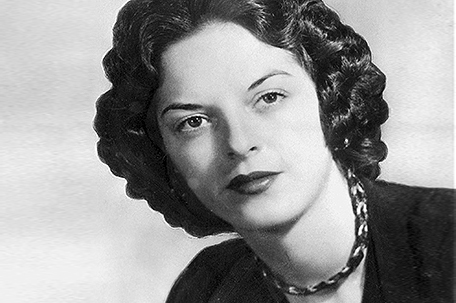 ABOVE PHOTO: In this 1955 file photo, Carolyn Bryant poses for a photo. A Justice Department report to Congress says the agency is reinvestigating the 1955 slaying of Emmett Till, a black teenager whose brutal killing in Mississippi after receiving what it calls “new information.” The report doesn’t say what any potential new evidence might be. But it follows the publication of a book which included passages where Donham, then known as Carolyn Bryant and a potential witness at the time, acknowledged lying. (AP Photo/Gene Herrick, File)

The Justice Department is continuing its investigation into the killing of Emmett Till, the Black teenager whose slaying 65 years ago in Mississippi sparked outrage and illustrated the brutality of racism in the segregated South.

The department’s latest report on civil rights cold cases, released late last month, lists three investigations dating back decades that were closed because witnesses or suspects have died, leads went nowhere or cases were too old to prosecute, but the Till case wasn’t among them.

Relatives of Till said they didn’t know of anyone in the family who’d received official notification that the review had ended, a key step in the department’s process.

“That’s all we know, that it’s still open,” family member Marvel Parker said Friday. Her husband, Wheeler Parker, was with Till the night he was taken from a family home at gunpoint. The youth’s brutalized body was later pulled from a river, where it had been weighted down with a cotton gin fan.

Some news outlets reported last year that the investigation had ended.

Initially closed in 2007, the case was reopened after a 2017 book quoted a key figure in the case, Carolyn Bryant Donham, as saying she lied when she claimed that the 14-year-old Till grabbed her, whistled and made sexual advances. The allegation enraged the white woman’s husband and another man, who were acquitted of murder but later admitted to the killing in a magazine interview.

While Donham’s then-husband Roy Bryant and his half-brother, J.W. Milam, were never retried and have since died, Donham is in her 80s and still lives in Raleigh, North Carolina. Relatives have publicly denied that she recanted her allegations about Till. Ollie Gordon, a cousin of Till, said relatives want the case to remain open as long as there’s any chance someone could be prosecuted.

The FBI investigation has included a talk with Wheeler Parker, who previously told The Associated Press interview that he heard Till whistle at the woman in a store in Money, Mississippi, but that the teen did nothing to warrant being killed.

First approved in 2007 and reauthorized in 2016 to include additional cases, a federal civil rights law named for Till allowed a review of slayings that hadn’t been solved or prosecuted to the point of a conviction. The law requires the Justice Department to make annual progress reports to Congress, but no new report was issued in 2020.

While about 150 cases have been reviewed, only two federal convictions and three state convictions have occurred, most recently when former Alabama state trooper James Bonard Fowler was convicted in 2010 of shooting Jimmie Lee Jackson during a protest in Marion, Alabama, in 1965.

The report last month said three cases involving Black victims had been closed without any charges because people had died or crimes were too old to pursue. Those included the deaths of Anthony Adams, 25, in Salt Lake City in 1978; Jo Etha Collier in Drew, Mississippi, in 1971; and Eddie Cook in Detroit in 1965.

Adams, a gay Black man, was found stabbed to death in his ransacked apartment, but a woman whose fingerprint was found on a television died in 2008, the report said. Three men were charged with murder in the death of Collier, who was shot to death from a moving vehicle while walking with friends, but no one was convicted and no further prosecutions are possible, it said.

The report said no suspects were ever identified in the case of Cook, who was killed by a shotgun blast that came from a car occupied by four or five white youths.