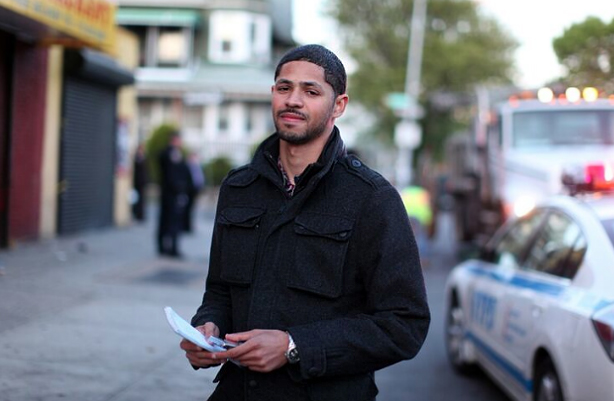 A caring human being with a caring heart is how I’d describe the late journalist 32-year-old Michael J. Feeney.

His compassion, kind heart and genuine love for people from all walks of life extended beyond his stellar and successful career.  The Teaneck, New Jersey native, lovingly referred to by some as Feeney or Feenz, was called “home” before he was set to begin his dream job as an entertainment reporter at CNN.

He was in the hospital for treatment for a staph infection of his kidney and passed away on January 31 after going into cardiac arrest.

Michael was so loved that news of his passing trended on Facebook for over 24 hours.

His passing brought out hundreds of persons from family, dignitaries, colleagues, journalists and friends from around the country to his celebration of life services. President Barack Obama even sent a letter offering his support to Michael’s mother, Reba Willis and family.

The outpouring of love was so profound for this accomplished journalist that two Celebration of Life services were scheduled.  On February 8, a Celebration of Life service was held at First Corinthian Baptist Church in Harlem, New York where Michael was a member; and a second service the following day at Community Baptist Church of Englewood in New Jersey, which was live streamed to accommodate those around the country who were unable to attend.

Michael was the Immediate Past President of the New York Association of Black Journalists, serving as the organization’s President from 2011-2015.  Michael’s impeccable leadership revitalized the active chapter, substantially growing its membership. Under his leadership, the chapter was given the National Association of Black Journalists Professional Chapter of the Year Award.

Sharpton felt it extremely important that he speak at the Harlem service because Michael Feeney was somebody that stood for something.

“He was a man of integrity and dignity,” said Sharpton noting that he does not often honor requests to speak at services.

Michael was set to work with Sharpton on a project for Sharpton’s National Action Network civil rights organization.

In his spiritual analogy, Sharpton referred to Michael as “an honor student in life who got to go home early.”

Many notable persons were in attendance including Philadelphia Sunday Sun syndicated columnist, Flo Anthony, Wall Street Journal reporter Lee Hawkins and many more notable faces too many to name.

Michael, a proud member of Alpha Phi Alpha fraternity, worked for 5 years at New York Daily News until 2014. He also freelanced at “Ebony” Magazine, MSNBC Black, and TheGrio.com.  Among the stories he covered were the Sandy Hook Elementary school shooting and Whitney Houston’s funeral.  He also interviewed many celebrities over the course of his career including Drake, Jay Z, Smokey Robinson, Mary J. Blige and his favorite athletes Alex Rodriguez and Derek Jeter.

He also worked as a reporter for The Record of Bergen County and was the first breaking news reporter at NorthJersey.com.

“Michael was a great journalist because he didn’t judge. He was friends with everyone, look around this room. You can see that he engaged with people from all walks of life,” said Sarah Glover.

In 2010 he won the National Association of Black Journalists Emerging Journalist of the Year Award.  He was an advocate for Black journalists and mentored many journalists although he was young himself.

He encouraged and ministered to everyone he met from all walks of life, encouraging them to follow their dreams and work hard to achieve them.  It didn’t matter what their career or ambitions were, if they were journalists or not. He wanted everyone to succeed in their passion.

“I’ve always tried to live my life to the fullest and not take anything or anyone for granted. Tomorrow is not guaranteed to anyone. If you’re chasing your dream, keep working hard. It will pay off. I’m proof.” Michael was once quoted as saying.

He loved and adored his family, especially his mother Reba Willis.

He loved social media and shared his life and special moments on his Facebook page.  He had many dedicated followers and loved to connect with people there.

Michael had no respect of persons and loved everyone equally from the corporate office to the person on the street.

Delaware State University, where Michael graduated in 2005 and awarded the school’s Presidential Leadership Award, presented a $10,000 check to create the Michael J. Feeney Endowed Scholarship to support students at the school majoring in Mass Communications.

Feeney was proud of his school and felt like a celebrity every time he went to visit.  In 2014 he was the keynote speaker and won the university’s Keynote Speaker Award at the convocation ceremony.

Michael Feeney lived a full life in his 32 years. He lived a full life more than many persons double his age.  Reverend Dr. Lester W. Taylor, Jr. , Pastor of Community Baptist Church of Englewood noted in his eulogy that Jesus lived to be 33-years-old and fulfilled his mission and so did Michael Feeney with the many people he mentored and thousands of lives he touched.

In the words of Michael Feeney in the NABJ Journal in 2010 when I interviewed him for his Emerging Journalists of the Year Award. Michael told me:

“I’ve overcome a lot of obstacles, but I’ve never let anything stop me. I’m just thrilled to be living my dream and I know if I can do it, so can others.”

Michael leaves behind his mother Reba Willis, his twin brother Anthony Feeney, his sister Maria, niece and nephew Bella and Dallas, Cousin Dawn Renee and host of more family, friends and loved ones.

To contribute to the Feeney Endowed Scholarship, please go to the Delaware State University Development webpage at http://www.desu.edu/mjfendowment.