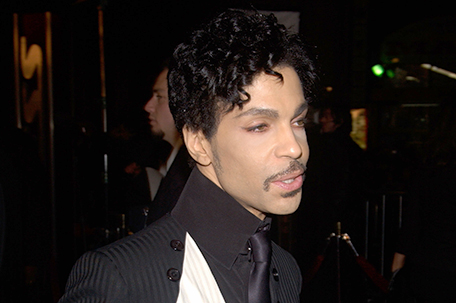 A law-enforcement official told The Associated Press on Thursday that tests show the music superstar died of an opioid overdose. The 57-year-old singer was found dead April 21 at his Minneapolis-area estate.

The official, who is close to the investigation, spoke on condition of anonymity because he was not authorized to speak to the media. Investigators have been reviewing whether a doctor was prescribing Prince drugs in the weeks before his death.

An autopsy was done the day after Prince’s death. Results have not yet been released.

WHAT IS A LETHAL DOSE?

It’s tricky with opioids. Anyone who takes prescription opioid painkillers for a long time builds a tolerance to the drugs. A dose that could kill one person might provide medicinal pain relief to another.

Experts in medical toxicology say it’s important to know how much opioid a person has been using before a death to know how to interpret a post-mortem blood level. Pill bottles and medical history may become crucial evidence.

Prince had a reputation for clean living, and some friends said they never saw any sign of drug use. But longtime friend and collaborator Sheila E. has told the AP that Prince had physical issues from performing, citing hip and knee problems that she said came from years of jumping off risers and stage speakers in heels.

Becoming tolerant to opioid painkillers may lead some patients to seek stronger drugs from their doctors. Some users – whether they start as recreational users or legitimate pain patients – become addicted, experiencing an inability to control how much they take, so they use much more than is prescribed or seek out street drugs on the black market.

With good management and no history of addiction, however, opioids can help people find relief from pain with only a small risk of causing addiction, according to a 2010 systematic review of the available studies.

WHO IS THE MEDICAL EXAMINER?

Dr. A. Quinn Strobl, who has been the chief medical examiner at the Midwest Medical Examiner’s Office since late 2009, performed the autopsy on Prince herself. Her office is the official coroner for 19 counties in Minnesota, including Carver County, where he was found dead.

According to a 2009 (Minneapolis) Star Tribune article, Strobl is a native of Philadelphia who attended Penn State and the University of Pittsburgh School of Medicine. She considered going into family practice and surgery, and decided being a medical examiner was a good mix of the two.

“I interact directly with the family, I deliver the diagnosis and I answer a wide spectrum of questions,” she told the newspaper. “I don’t deliver the bad news. Hopefully, I deliver answers.”