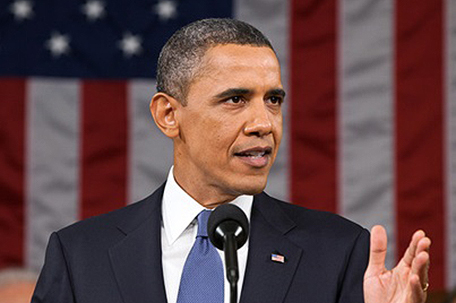 WASHINGTON–The White House last week announced a proposal that President Barack Obama said would make community college “free for everybody who is willing to work for it.” But administration officials provided no details about the program’s costs or where the money would come to pay for it.

Obama planned to formally announce the plan Friday at Pellissippi State Community College in Knoxville, Tennessee. He gave a preview in a videotaped message shot aboard Air Force One and posted on Facebook.

“It’s not just for kids,” Obama said. “We also have to make sure that everybody has the opportunity to constantly train themselves for better jobs, better wages, better benefits.”

The White House did say that if all states participated, that 9 million students could benefit – saving on average $3,800 in tuition per year for a full-time student. That means the program could cost in the billions of dollars. In a Republican-led Congress, the proposal likely faces a tough legislative fight to be passed.

It requires that students, community and technical colleges and states meet criteria to participate. The program, estimated to cost the federal government $60 billion over 10 years, could save students an average $3,800 in tuition per year. The White House estimates that if every state opted in, about 9 million students could be helped.

– Students would have to go to school at least half-time, maintain a 2.5 grade point average and make progress toward a degree.

– Colleges would have to offer programs that either have academic programs that fully transfer to four-year schools or job training programs with high graduation rates that lead to degrees and certificates sought by employers.

– States would have to provide about a quarter of the costs of the program, maintain existing education investments and work to reduce the need for remedial classes and repeated courses.“Put simply, what I’d like to do is to see the first two years of community college free for everybody who is willing to work for it,” the president said.

David Baime, vice president for government relations at the American Association of Community Colleges, called the plan an “extraordinary” investment. He said the essence of the proposal is to reduce the cost of attending community college and “that is a concept that we heartily endorse.”

The scholarship program faced opposition in Tennessee from some of the state’s private colleges and legislators concerned that the program could potentially divert students and scholarship dollars from four-year schools. Haslam has said the program will increase the pool of students going to college.

The White House said its proposal was inspired by the Tennessee plan and another similar program in Chicago.