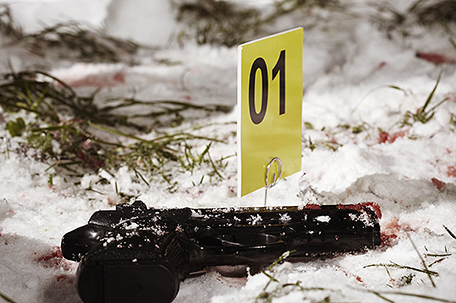 CHICAGO — There have been about twice as many homicides and shootings so far this year in Chicago as compared to the same period in 2015, but the number of illegal guns seized has dropped, police said Tuesday.

There were 95 homicides and more than 400 shooting incidents as of the end of February, the Chicago Police Department reported in a release. But the department has seized at least 110 fewer illegal guns than in the same period last year, Chicago police spokesman Anthony Guglielmi said. The month of February saw 43 homicides, 165 shootings and 187 shooting victims.

“The level of violence is unacceptable,” the police release said.

Along with a dramatic drop in the number of street stops made by officers, that total adds to evidence that the release of a video showing the fatal police shooting of Laquan McDonald – and subsequent scrutiny of the department – has led to officers being less aggressive in efforts to combat crime.

McDonald was a black Chicago teenager who was shot 16 times by a white police officer in 2014. Officer Jason Van Dyke has pleaded not guilty to first-degree murder charges in McDonald’s death.

“We will continue to work tirelessly on ways to stop violence, and restore accountability and trust in communities throughout the city,” Interim Chicago Police Superintendent John Escalante said.