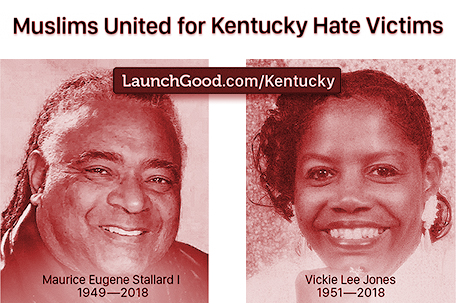 A Kentucky police chief finally acknowledged what was obvious to most people: the killing of two Black people by a White supremacist last week in suburban Louisville was race related.

Speaking to the congregation of a Black church that was also targeted by accused killer Gregory Bush, Jeffersontown Police Chief Sam Rogers said the Wednesday shooting at a Kroger supermarket parking lot was a hate crime, WAVE 3 News reported.

Meanwhile, Louisville GOP mayoral candidate Angela Leet also said on Sunday that the shooting was a hate crime, according to the Courier-Journal, making her one of the first local Republicans to acknowledge the obvious.

Rogers had been slow at coming to that conclusion.

Ed Harrell, a White man who witnessed the shooting and brandished his own gun for protection in the parking lot, reportedly claimed immediately after the shooting that Bush walked by him and said, “Don’t shoot me. I won’t shoot you. Whites don’t shoot Whites.” However, the chief hesitated for several days to confirm that the double homicide was race related.

“I can’t speculate on a motive at this time,” Harrell said Thursday.

Here’s what Rogers is now saying:

“I wanted to call it what it was, and that’s racism in action,” Jeffersontown Police Chief Sam Rogers said of last week’s shooting at Kroger that left two people dead. https://t.co/RciS9hj7ge pic.twitter.com/V8Ybl9zF9A

Bush, 51, had attempted but failed to enter the First Baptist Church of Jeffersontown on Wednesday, according to the police. He then went to a nearby Kroger where he shot and killed 69-year-old Maurice Stallard and Vickie Lee Jones, 67, apparently at random. Bush was taken into custody shortly after he fled the scene.

In his remarks at the church, Rogers noted the parallels between the shooting in their community and the mass shooting Saturday at the Tree of Life Synagogue in Pittsburgh, where the gunman made anti-Semitic statements before killing 11 people.

“These two most recent examples of hate crimes were carried out by evil people that base their beliefs and actions on ideas and ideals that are contrary to the good of the American people,” he said.