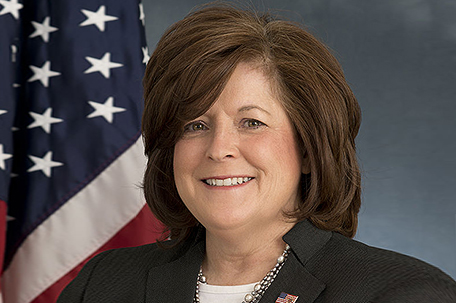 By Alicia A. Caldwell and Josh Lederman

WASHINGTON — One lesson from Julia Pierson’s short tenure as director of the agency that protects the first family: The Secret Service can’t keep secrets from the president.

Pierson’s undoing was not telling the president about a Sept. 16 incident in Atlanta in which President Barack Obama rode an elevator with an armed security contractor during a visit to the Centers for Disease Control and Prevention, two White House officials said. The armed contractor’s proximity to Obama violated the agency’s security protocols.

Homeland Security Secretary Jeh Johnson as well as Obama appeared unaware of the full extent of the Atlanta incident and the Sept. 19 security breach in which a man armed with a knife jumped the White House fence and entered the building. Johnson, whose department oversees the Secret Service, was the driving force behind Pierson’s resignation Wednesday, the officials said.

Since taking office last year Johnson had made it clear he wouldn’t tolerate even a whiff of scandal. He had repeatedly expressed concern about the Secret Service performance in the wake of the White House intruder, said the officials, who weren’t authorized to discuss the issue by name and requested anonymity.

“In light of recent and accumulating reports about the agency, I think legitimate questions were raised – at least they were in the mind of both the secretary and the president,” said White House spokesman Josh Earnest.

The White House learned about the Atlanta incident just before details of the encounter were published by two newspapers. In a meeting with Johnson, Pierson offered her resignation without being asked, but Obama had already told aides he thought she should go. No one put up any resistance when she offered to step down, officials said.

Pierson did not respond to a telephone message from The Associated Press seeking comment. In an interview with Bloomberg News, she said she felt leaving the agency “was the noble thing to do” and her departure “would take pressure off the organization.” She suggested she felt forced out of the Secret Service after more than 30 years, just 18 months as director.

“Congress has lost confidence in my ability to run the agency,” she said. “The media has made it clear that this is what they expected.”

The first clear sign of Pierson’s impending fate came Tuesday while she faced questions about the Sept. 19 breach from members of the House Oversight and Government Reform Committee.

She told lawmakers she could not explain why the agency issued conflicting statements on whether the accused intruder was armed – court records say he had a 3-inch serrated folding knife – and how far into the building he got. Omar Gonzalez was arrested and accused of running into the East Room, well beyond the unlocked front door he was believed to have entered.

“I wish to God you protected the White House like you protected your reputation here today,” Democratic Rep. Stephen Lynch told Pierson at the hearing.

Rep. Jason Chaffetz, a Utah Republican and senior member of the committee who knew about the Atlanta incident before Obama, called for her ouster Tuesday night. After she resigned, he said, “It was the right thing to do, it had to happen, but there are some systemic challenges that must be addressed.”

Pierson wasn’t the first Obama administration official to deal with a scandal, but how she handled it contrasts starkly with others, including her immediate predecessor, Mark J. Sullivan.

Her departure wasn’t likely to end criticism of the agency. Lawmakers have called for an outside review and Johnson has put Deputy DHS Secretary Alejandro Mayorkas and the department’s general counsel in charge of the Secret Service investigation.

“We need a full, top-to-bottom review of the Secret Service and I will soon introduce legislation to establish an independent panel to conduct this comprehensive assessment,” said House Homeland Security Committee Chairman Michael McCaul, R-Texas.

Obama hand-picked Pierson to lead the Secret Service after Sullivan retired last year, saying at the time she was “eminently qualified” to lead the scandal-plagued agency. But she may not have had the personal relationship with him that other presidents have shared with their Secret Service directors. She never served on his protective detail and was focused more on the business of the agency than its operations in the years leading up to her promotion.

Johnson earlier this year escorted Pierson to Capitol Hill when she briefed lawmakers after an employee was found passed out drunk in a Netherlands hotel during a presidential trip. Johnson’s presence was a clear sign of support that wasn’t replicated this week.

Any favor Pierson may have curried in Congress after the last time she explained an agency misstep quickly vanished Tuesday. One by one, lawmakers on the powerful House committee – known as much for partisan sniping as legislating – joined ranks to openly and aggressively criticize Pierson’s testimony and her ability to run the agency in charge of presidential security.

“I think she had a disastrous appearance before our committee and I think it just made her continued tenure untenable,” Rep. Gerry Connolly, D-Va., said in an interview. “She sounded like a police radio operator as opposed to the head of a major agency facing a crisis in confidence. She didn’t rebuild confidence, she didn’t inspire, she showed no passion or sense of outrage even at what had happened to her agency.”