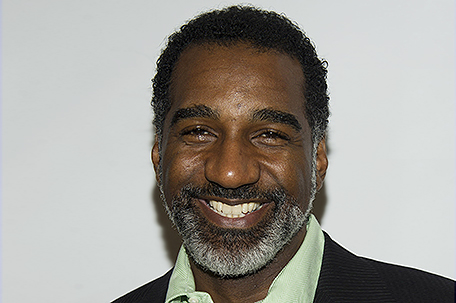 NEW YORK — Norm Lewis has been tapped to be Broadway’s next Phantom in the megahit “The Phantom of the Opera,” a move that makes him the first African-American to slip behind the famous mask.

Producers said Thursday the Tony Award nominee, who brought his deep and rich voice as Porgy to the recent “Porgy and Bess” revival, will make his “Phantom” debut opposite a returning Sierra Boggess as Christine beginning May 12.

“I’m overwhelmed. The idea of doing something that I’ve always wanted to do and it coming to fruition is amazing,” Lewis said in a phone interview Thursday.

Lewis called it a dream job for two reasons: “I love the show but also to have hopefully set a precedent to see more diversity in casting,” he said.

Lewis played John in “Miss Saigon” on Broadway, Javert on Broadway in “Les Miserables” in 2006 and was in the shows “Side Show,” ‘’The Little Mermaid,” ‘’Chicago” and “Sondheim on Sondheim.”

Boggess is an old hand with “Phantom” — she played Christine in both the musical’s London 25th anniversary production at Royal Albert Hall and Broadway 25th Anniversary cast last year. Her other starring Broadway credits include Terrence McNally’s “Master Class” and originating the title role in Disney’s “The Little Mermaid.”

Based on a novel by Gaston Leroux, “Phantom” tells the story of a deformed composer who haunts the Paris Opera House and falls madly in love with an innocent young soprano, Christine. Andrew Lloyd Webber’s lavish songs include “Masquerade,” ‘’Angel of Music,” ‘’All I Ask of You,” ‘’The Phantom of the Opera” and “The Music of the Night.”

Lewis said he’s seen “Phantom” several times over the years and cites McGillin and Panaro as quintessential Phantoms — “even behind the masks, they were so debonair and sexy and handsome,” Lewis said.

“I hope to bring that same sort of mystique and class and elegance to the role. It’s an actor’s dream to play a character that’s so misunderstood and to try to make him a character who is understood.”

The musical has played to over 130 million people in 27 countries and has grossed over $5.6 billion worldwide — more than any film in history, including “Avatar,” ‘’Titanic,” ‘’Gone With the Wind” and “Star Wars.”