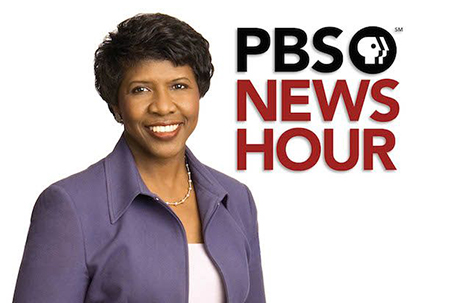 PBS political reporter and vice-presidential-debate moderator Gwen Ifill passed away from cancer Monday in hospice care. She was 61.

In April, Ifill took a leave from her position as the moderator and managing editor of “Washington Week” and co-anchor of “PBS Newshour” to address some health issues. At the time, a representative from the network said doctors were “encouraged with her progress, and she hopes to be back in the saddle as soon as possible.”

As late as early November, Ifill was at least in consideration for Election Night coverage: Political analyst Jeff Greenfield tweeted on Nov. 5 that he was looking forward to being on-air with Ifill and PBS’ Judy Woodruff on the big night. On Nov. 7, PBS updated its website to note Ifill’s upcoming absence.

Throughout her career, Ifill covered seven presidential campaigns and moderated two vice-presidential debates: in 2004 between Dick Cheney and John Edwards, and in 2008 between Joe Biden and Sarah Palin.

Prior to joining PBS, Ifill was chief congressional and political correspondent for NBC News and White House correspondent for The New York Times. She also reported for The Washington Post, the Baltimore Evening Sun and the Boston Herald American.

“Gwen was a standard bearer for courage, fairness and integrity in an industry going through seismic change. She was a mentor to so many across the industry and her professionalism was respected across the political spectrum. She was a journalist’s journalist and set an example for all around her,” “PBS NewsHour” executive producer Sara Just said in a statement obtained by Politico. “So many people in the audience felt that they knew and adored her. She had a tremendous combination of warmth and authority. She was stopped on the street routinely by people who just wanted to give her a hug and considered her a friend after years of seeing her on TV. We will forever miss her terribly.”

WASHINGTON-Trailblazing journalist Gwen Ifill will be remembered at a pair of events this weekend at Metropolitan A.M.E. Church, 1518 M St. NW, Washington, DC 20005.

Ifill, a Metropolitan member since 1989, passed away Monday at 61. She was the co-anchor and managing editor of the PBS NewsHour and moderator of WashingtonWeek with Gwen Ifill, the longest-running primetime news and public affairs program on television. A lifelong AME, she is the sister of Presiding Elder Rev. Earle Ifill, president of the Connectional Presiding Elder’s Council, and Presiding Elder of the Atlanta East District-Atlanta North Georgia Conference of the AME Church’s Sixth Episcopal District.

Family, friends and colleagues will gather at Metropolitan AME Church for community tributes to Ifill. The Rev. Dr. Ronald E. Braxton, Presiding Elder of the Potomac District, Washington Conference and a former pastor of Metropolitan, will preside over the tributes.