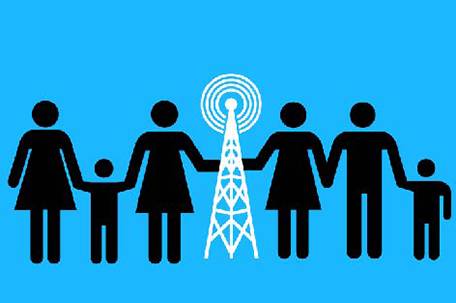 We just experienced a shameful milestone in the history of U.S. media — and barely anyone noticed.

There are now zero black-owned and operated full-power TV stations in our country.

This sorry state of affairs is the culmination of a trend that started in the late 1990s when Congress and the Federal Communications Commission allowed massive consolidation in the broadcasting industry. This policy shift crowded out existing owners of color and ensured that it would be nearly impossible for new owners to access the public airwaves. Recent FCC actions (and in some cases, inaction) have only hastened this decline in opportunities for diverse broadcasters.

From Little … to Nothing

When Free Press released its first report on the state of TV ownership in 2006, we found that there were only 18 African American-owned and operated full-power commercial TV stations — representing just 1.3 percent of all such stations.

Once considered a phenomenal success story in an industry known for its stunning lack of diversity, Roberts Broadcasting was forced to declare bankruptcy in 2011.

This decline stemmed primarily from Viacom’s decision to shutter the UPN network, which Roberts had affiliated with due to UPN’s unique focus on programming featuring ordinary portrayals of African Americans.

Roberts Broadcasting’s exit from the market comes on the heels of the departures of two other prominent black owners.

In late October, the Sinclair Broadcast Group continued its buying spree by acquiring a Fox affiliate in Portland, Me., from a company helmed by Charles Glover, a funk musician turned broadcaster. That same month, Access.1 Communications agreed to sell its Atlantic City NBC station to Locus Point Networks.

New Jersey residents are up in arms about the deal: Locus Point is expected to close the station and give up its license as the FCC takes broadcast stations off the air and auctions those airwaves to cellphone companies.

It’s hard to fathom the sorry state of broadcast ownership during the administration of our nation’s first black president. After all, during his first presidential campaign, President Obama pledged to “encourage diversity in the ownership of broadcast media.”

But that hasn’t happened.

Public interest and civil rights groups have warned the FCC that its policies allowing for greater media consolidation were going to push out the few remaining people of color who owned broadcast stations.

Media consolidation has made it harder for people of color to own broadcast stations because it raises entry barriers for small owners. Concentration makes it harder for any small owner to compete, and the few non-white broadcast licensees we have are far more likely to be small owners who control just a handful of stations or a single broadcast outlet.

Our nation’s history of discrimination created a lack of wealth in communities of color, and without access to capital, people of color find themselves permanently on the outside. And for those few owners of color who have been able to acquire stations, consolidation has made it harder for them to compete against larger and better-financed media conglomerates.

Can It Get Any Worse? Yes, It Can

If you think this situation can’t get worse, think again.

While owning a full-power TV station has been out of reach for most people of color, low-power TV has offered an opportunity to get into this otherwise closed industry.

Consequently, they’re far cheaper to own.

At the end of 2011, the FCC reported that people of color owned 15 percent of all low-power TV stations, compared to just 3 percent of full-power TV outlets.

But this small ray of hope is expected to dim as the prospect of an auction to cellphone companies could drive out the owners of these low-power TV stations too.

The FCC is preparing to conduct that incentive auction in the next year or two. As a result, speculators have been buying up both low- and full-power TV stations in an effort to cash in.

This fervent speculation is creating a climate where many existing owners are forced to sell (as their creditors are more interested in pocketing a financial windfall than serving the community). We’re already seeing several full- and low-power owners of color exiting the market.

Will New FCC Leadership Bring Change We Can Believe In?

The FCC has a long and pitiful track record here, failing to promote or even preserve what little ownership diversity remains.

There’s hope this could change now that the agency has a new chairman.

But leaders have to lead.

In this case, that means the new FCC has to acknowledge that we’re well beyond a crisis point. Its own policies are responsible for the shameful state of minority ownership.

The elimination of black owners is a tragedy, but the FCC must take action to address its own failures.

Blacks poised to own smaller share of media outlets