Not So Lucky Charms 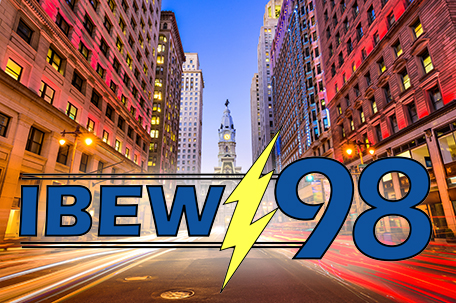 A fondness for Target, children’s cereal, dog food and strong arm tactics were among the things alleged in a 116-count public corruption indictment against Local 98 Business Manager John Dougherty, City Councilman Bobby Henon, and six other people connected to the union.

To most of Pennsylvania’s political class, John Dougherty, the business manager of International Brotherhood of Electrical Workers Local 98, was seen as a powerbroker willing to wield his considerable clout at will.

But when Dougherty, City Councilman Bobby Henon, and six other people connected to Local 98 were indicted on charges ranging from embezzlement to conspiracy, the 116-count, 150 page document alleged that the Union boss was also fond of Lucky Charms cereal, Merino wool sweater vests, and using funds designated for Union work to pay for it all.

On Wednesday, First Assistant U.S. Attorney Jennifer Arbuittier Williams announced the charges, which according to the indictment involved the group stealing from every part of the union to the tune of $600,481 over a six-year period ranging from 2010-2016.

It also charges that Dougherty used Henon and his City Council seat to do his bidding and to punish his enemies.

That’s a violation of the public trust, Williams said.

“Union leaders and public officials are held to similar standards,” she said. “Both are required to act in the best interests of others. When they use their positions to enrich themselves, that’s a federal crime.”

According to the indictment, American Express cards connected to Local 98 were used to do a wide range of shopping for goods, ranging from washing machines to family meals at Del Frisco’s Steakhouse and the Palm restaurant, to the aforementioned Lucky Charms that went to the family and friends of Dougherty and company.

The union was also allegedly billed for repairs to Dougherty’s homes, the homes of Dougherty’s family members, businesses including Doc’s Union Pub, a bar owned by Dougherty, a building in Pennsport, and many of the other defendants by Massa Construction.

Among those who benefitted from this conspiracy was George Peltz, owner of MJK Electrical Corp., who installed security systems, flat screen televisions and other electronics for free for Dougherty and others and received lucrative contracts in exchange. He pled guilty to a variety of counts including tax evasion, failing to pay payroll taxes, theft from employee benefit funds, and making unlawful payments to a union official.

But if you’re going to be a powerbroker with an alleged fondness for Lucky Charms and Merino wool sweater vests paid for with other people’s money, it might also be a good idea to have a cudgel to keep people in line.

The indictment charges that this job fell to Councilman Henon.

From allegedly sending the Bureau of Licenses and Inspections after the Children’s Hospital of Philadelphia for installing MRI machines using non-union labor, to putting the squeeze on Comcast for contracts for Dougherty’s friends, to trying to stop Council from calling for an audit of the Philadelphia Parking Authority at Dougherty’s behest and calling for public hearings against a tow truck driver that towed the union boss’s car, Henon did his constituents an illegal disservice, Williams said.

And that disservice was paid for to the tune of $73,000 a year for a no-show Union job, tickets to Philadelphia Eagles games, and a variety of other gifts, Williams said.

“Dougherty used Local 98 money to pay Henon for doing his bidding on Council,” she said. “He did these things because Dougherty told him to.”

Shortly after the indictments were announced, Henon issued a statement proclaiming his innocence.

“I have done nothing wrong,” he said. “I have spent 28 years proudly working for Local 98. In2011, I ran for City Council to give a voice to honest union men and women, working Philadelphians and those in need of a strong voice to represent them in this great city. Since that time, every action I have taken as City Councilmember has been with the goal of serving working people. I have always served my constituents with honesty, integrity and have always put my constituents and the people of Philadelphia first. I look forward to clearing my name.”

Another thing that Henon is accused of smoothing the road for Dougherty on is the passage of the Sweetened Beverage Tax. Dougherty’s support of the tax, the signature law for Mayor Jim Kenney’s administration, was based on his desire to get back at the Teamsters, according to the indictment.

At a press conference announcing the Mayor’s Commission On Women’s annual report, Kenney was asked about the indictments and the attempt to connect them to the tax and the Rebuild program.

“It has nothing to do with me,” he said. “I was running for Mayor in 2015 and I never talked to [Dougherty] about the soda tax. The person who came to me with that idea was [Budget Director] Rob Dubois. I’ve never felt any pressure from [Dougherty] to take any position.”

Kenney was then asked if he’d call for Henon’s resignation, similar to what he’s done with Sheriff Jewell Williams. Williams has been accused of sexually harassing two women, Marlaina Williams and Vanessa Bines. Bines still works in the Sheriff’s office, and the City has just settled Williams’s lawsuit for $127,000.

Earlier on Wednesday, Kenney said that the decision to resign was up to Henon. He stuck to that and explained why Henon’s situation was different from Williams’s.

“What makes this different is that in the Sheriff’s case, there are founded complaints and settlements,” Kenney said.

Instead of going to Thursday’s City Council meeting, Henon was arraigned in federal court and pled not guilty to all the charges. His lawyer, Brian McMonagle, vowed a bruising battle to prove his client’s innocence. McMonagle has also represented comedian Bill Cosby and rapper Meek Mill, gaining Cosby a mistrial in his first trial on sexual assault charges in Montgomery County.

There is no word on when the trial will start.