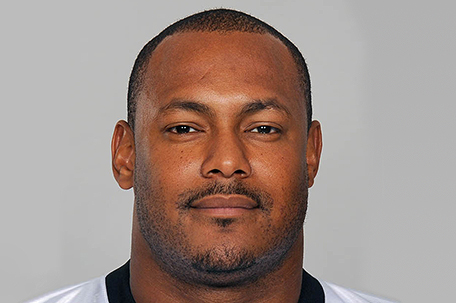 NEW ORLEANS — The man who killed retired New Orleans Saints star Will Smith faces up to 40 years in prison after being convicted of manslaughter, rather than the more serious second-degree murder charge he faced.

Cardell Hayes was found guilty last Sunday night after insisting that he only fired because the popular football star was drunk and violent and had grabbed a gun following their collision in traffic last April.

No one else testified Smith ever held his gun, which was found loaded but unused inside his car.

Smith was a defensive leader on the Saints team that lifted spirits in New Orleans after Hurricane Katrina hit in 2005. He helped carry the team to a winning season in 2006 and a Super Bowl win four years later.

His death in a dispute over traffic was shocking, even for a city where residents are accustomed to a high rate of homicides.

Hayes, 29, will be sentenced on Feb. 17. He also was convicted of attempted manslaughter for wounding Smith’s wife, Racquel Smith.

A murder conviction would have sent Hayes to prison for life. Now Smith’s family is focused on persuading the judge to deliver a harsh sentence.

“The main focus of Will Smith’s family is to see Mr. Hayes justly sentenced for the murder he so callously committed,” a statement from their publicist said. “Because of the upcoming sentencing hearing, in which Racquel will provide a victim impact statement, she does not feel it is appropriate to comment on the facts of the case at this time.”

District Attorney Leon Cannizzaro said he would have a news conference on Monday.

Hayes’ defense said Smith’s popularity led to a rush to judgment by police and prosecutors. Assistant District Attorney Laura Rodrigue countered that the defense was trying to smear Smith.

A pathologist report showed Smith was legally drunk that night, after spending time at the city’s annual French Quarter Festival, a bar and two restaurants. He was driving with his wife and another couple, who were traveling with a group of friends in several cars – when his Mercedes SUV may have lightly bumped Hayes’ Hummer.

Smith then drove off, with Hayes in pursuit. Hayes vehemently denied intentionally ramming the SUV moments later – he said he was trying to dial 911 to report a hit-and-run and didn’t realize how close their cars were.

The jury appeared to agree with Hayes on this point, finding him not guilty of aggravated criminal damage to property.

Hayes said he armed himself only after he and his own passenger were accosted by Smith and Richard Hernandez, a passenger in Mercedes.

Hayes also testified that Smith didn’t notice his .45-caliber handgun until Hernandez alerted him to it. And he said he only fired after Smith went back to his car to grab his own gun.

Assistant Orleans Parish District Attorney Jason Napoli repeatedly noted that no other witness said Smith was armed, and that Hayes never told investigators he saw a gun in Smith’s hands that night.

“I never gave a full statement to anyone,” Hayes responded.

Napoli said in closing arguments that Smith “was executed” as Hayes fired into his body, once in the side and seven times in the back.

“This young man tried his best, trying to avoid doing what he had to do,” defense attorney John Fuller shouted during his thundering closing, which lasted more than three and a half hours.

Saints coach Sean Payton was in court for the late Sunday verdict. A host of past and present Saints players, including former safety Steve Gleason, current quarterback Drew Brees and former running back Deuce McAllister, also attended the trial.