What you need to know about the GOP Senate Tax Bill 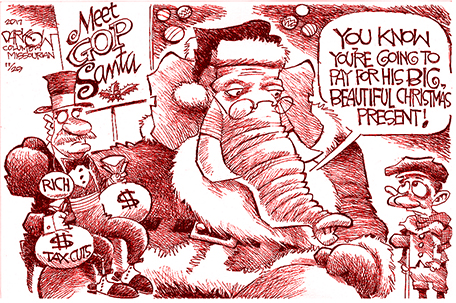 On Monday morning, many people were were just getting their first looks at the nearly 500-page sweeping tax bill that Senate Republicans pushed through on a party line vote of 51-49 early Saturday morning. The proposed legislations has far reaching implications for large corporation and families.

“This Congress doesn’t work for working families. It works for corporate lobbyists and campaign donors in backroom deals & 1:30 AM votes.

This corruption is hollowing out America’s middle class and tearing down our democracy,” Sen. Elizabeth Warren (D-Mass.) tweeted after the passed in the Senate. 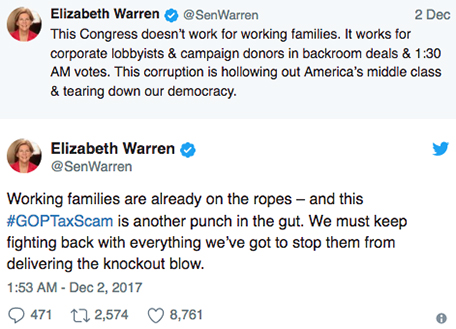 The Senate Republican tax bill is a major victory for big corporations, according to The Washington Post. Corporate giants would benefit from a tax rate that decreases from 35 percent to 20 percent starting in 2019—placing the U.S. corporate tax rate below many other countries.

Another benefit to corporations is that the bill would allow them to bring back revenue stored overseas to the United States at a low tax rate of 14.5 percent. The bill is also a huge win for the wealthiest Americans. Millionaires would see their top tax rate reduced from 39.6 percent to 38.5 percent. Wealthy families would also benefit from changes that would exempt many of them from paying the estate tax when giving property and other inheritance.

The bill also lowers taxes for most middle-income American, at least until 2026. It keeps seven tax brackets while cutting the rates at every level and raises income thresholds to qualify for some of the higher bracket. The poorest Americans are not losers in this deal. But at the same time, they’re not winner either because the bill has hardly any effect on them, according to Forbes.