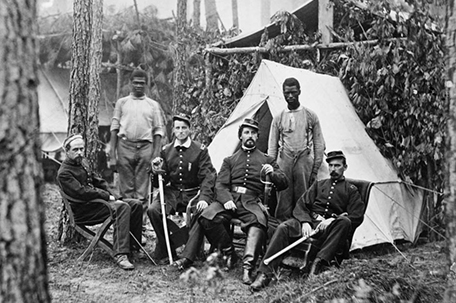 The National Constitution Center in Philadelphia is opening the nation’s first permanent exhibit exploring the constitutional debates of the Civil War.

The exhibit, called “Civil War and Reconstruction: The Battle for Freedom and Equality,’’ will open to the public on May 9.

The museum says it will help visitors “learn how the equality promised in the Declaration of Independence was finally inscribed in the Constitution by the 13th, 14th, and 15th Amendments.’’

It will feature over 100 artifacts, including original copies of those amendments, Dred Scott’s signed petition for freedom, a pike purchased by John Brown for an armed raid to free slaves, a fragment of the flag that Abraham Lincoln raised at Independence Hall, and a ballot box marked “colored’’ from Virginia’s first statewide election that allowed Black men to vote in 1867.