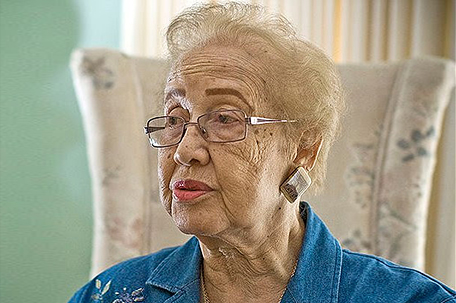 INSTITUTE, W.Va–Katherine Johnson, the NASA mathematician whose calculations helped astronauts return to Earth, is being honored at her alma mater with a bronze statue and a scholarship in her name.

Long before the digital era, Johnson worked as a human “computer’’ at the agency that became NASA, working in relative obscurity as an African-American woman.

Her contributions were later recognized in the “Hidden Figures’’ movie, where she was portrayed by the actress Taraji P. Henson.

West Virginia State hopes to endow the scholarship at $100,000, awarding money to students majoring in science, technology, engineering and math, targeting people who are underrepresented in those fields.