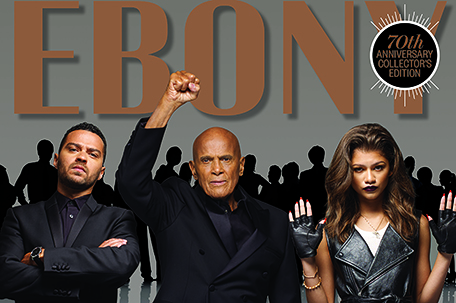 May 12, 2017 Category: Week In Review Posted by: Philadelphia Sun Staff

According to a Chicago Tribune report, the move was made to consolidate operations with sister publication “Jet Magazine” and transition to Los Angeles from the magazine’s Chicago home base, where it began nearly 72 years ago.

Johnson Publishing Co., Ebony’s longtime owner, sold the magazines to a Texas private equity firm, CVG Group, in early 2016. The magazine recently became the target of a negative social media campaign for not paying freelance writers and copy editors in a timely manner for their published work.

“And so it begins,” said Marlon A. Walker, NABJ’s vice president of print. “Fear that Ebony would lose its place on coffee tables around the country began when the Johnson family sold the business. Over the last two years, talented journalists such as (now former) editor Kyra Kyles and (now former) managing editor Kathy Chaney produced keepsake issues after the death of Prince and the demise of Bill Cosby’s legacy. As a print journalist, I hope the owners understand how important it is to keep Ebony as a mainstay in black households, telling stories that reflect our community.”

“Ebony and Jet have a strong legacy of covering the Black community, especially during times when mainstream media outlets chose not to,” NABJ President Sarah Glover said. “It’s NABJ’s hope that the owners have a plan in place that will continue the legacy of both publications.”