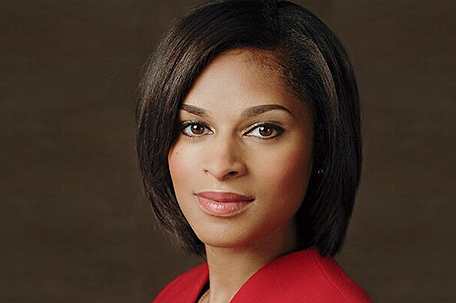 WASHINGTON, D.C.  — The National Association of Black Journalists (NABJ) hails CBS News correspondent Jericka Duncan for her reporting on #MeToo allegations under tough circumstances at her network. Her former colleague, 60 Minutes executive producer Jeff Fager, sent her a threatening text after she requested comment on sexual harassment allegations against him.

As news broke about Fager’s text sent directly to Duncan, she clarified with a CBS reporter, “I am that reporter” as she revealed the contents of the text.

“Jericka Duncan was just doing her job when she reported on a high-ranking CBS news executive amid alleged sexual harassment claims first reported by The New Yorker. That news manager intended to intimidate her and despite the threat while doing due diligence and seeking comment, Jericka did not retreat and continued to pursue the story. That’s a journalist! That’s fearlessness. Jericka makes NABJ so proud,” said NABJ President Sarah Glover.

Glover tweeted that sadly a new hashtag is born — #reportingMeToo — as journalists may also face threats and intimidation for reporting and uncovering sexual harassment and assault.

“We, journalists/reporters, won’t stand down on reporting the story,” Glover tweeted.

Duncan worked at CBS Philadelphia before working for CBS News. She started her career in Elmira, New York, and then went to WIVB-TV in Buffalo, New York. She is graduate of Ohio University. Duncan co-emceed the 2018 NABJ Hall of Fame Awards with Donnie Simpson in Detroit. The Philadelphia Association of Black Journalists (PABJ) honored her with the 2012 PABJ Journalist of the Year Award.

“I am extremely proud that Jerika refused to back down from a threat by the longtime 60 Minutes executive producer,” said Dorothy Tucker, NABJ Vice President-Broadcast.

President Glover joined the advisory boards for The Press Forward and the Newseum’s Power Shift Summit earlier this year, and on behalf of NABJ, supports increasing representation for more women of color in the organizations’ #MeToo education efforts.