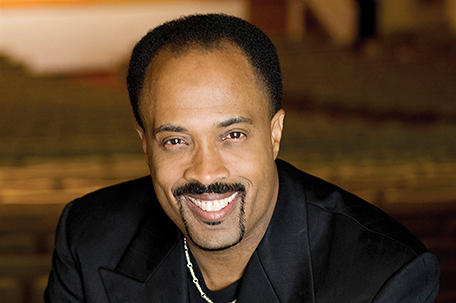 May 24, 2014 Category: Week In Review Posted by: Philadelphia Sun Staff

WASHINGTON– A search firm hired by the NAACP ranked Rev. Frederick D. Haynes, III, senior pastor of Friendship-West Baptist Church in Dallas, Texas, as the top candidate five years ago to become president and CEO of the NAACP. But Haynes wasn’t the favorite of Julian Bond, then chairman of the board of directors, who preferred Benjamin Todd Jealous, president of a small, private foundation in California, for the spot.

Though Benjamin L, Hooks, one of the association’s most popular leaders, pastored two churches – one in Memphis and one in Detroit – while serving as executive director of the NAACP from 1977 to 1992, Haynes was told he did not reach the final round of the selection process because he wouldn’t agree to give up his church duties in Dallas.

Haynes felt that was a ruse and the experience left a bitter taste in his mouth, with him vowing the never go through that process again. He could have accepted losing in a fair contest, Haynes told anyone who would listen to him at the time. But what was hard for him to swallow was how a venerated organization dedicated to seeking justice and fairness for African Americans could hold an election for its top office without any pretense of being fair.

When Jealous resigned last September with a year still left on his contract – after repeated clashes with Board Chair Roslyn M. Brock – applying for the vacancy did not cross Haynes’ mind. But apparently, it was on the minds of some NAACP supporters, who hoped the organization could get it right this time – if Haynes would consider going through the search process again.

“I was done with them,” Haynes said in an interview Monday. “As I told them, I do justice work without them. It’s not like I needed them to do what I had already being doing.”

This time, Haynes didn’t pursue the NAACP – they put the full-court press on him.

“Literally, from September to February, they called me every week, asking me to reconsider,” Haynes stated. “I told them, “The church thing hasn’t changed – I am not giving up my church.’ They said, ‘That’s no longer a deal breaker. Would you now reconsider?’

“They even called Jeremiah Wright and asked him to ask me to reconsider. The funny thing is the last time, my relationship with him was an issue. They got so desperate that they called him.”

Wright, who had been President Obama’s pastor at Trinity United Church of Christ in Chicago, became a political liability for Obama when he first ran for president in 2008 after videotapes surfaced of him using inflammatory language that was taken out of context.

Obama, after first distancing himself from Wright, eventually denounced him and resigned from the church from which Wright had already retired.

Wright had spoken frequently at Haynes church and despite the public controversy, Haynes refused to disavow him as Obama had done.

“They [members of the search firm hired by the NAACP] called me repeatedly, saying, ‘What will it take to change your mind?’ I said, ‘Nothing. I’m not interested.’ They were relentless, I’ll give them credit for that.

“They said, ‘With Julian Bond out of the picture, everything should be fine.’ And I finally said, ‘Okay.’”

To reassure the NAACP that he would devote full time to his new duties, Haynes volunteered to move from Dallas to Baltimore to be near the national headquarters, he would quit conducting revivals and the only thing he wanted in return was to be able to preach at his church in Dallas twice a month.

“Last Thursday, I got this phone call. I was supposed to be in Florida Friday [for the final vote at the NAACP board meeting]. So they called me Thursday and asked whether I was willing to make the Association my sole source of employment. I told them what accommodations I had made, what preparations I had made at the church and they said, ‘Basically, you’ve answered our question. Thank you very much.’

“Later, I got this call from the search team that they were going to do something else. I’m fine with that.”

Unlike five years ago, when the executive committee presented the name of only Ben Jealous to the full board, this time the names of two candidates were advanced: Barbara R. Arnwine, who has been president and executive director of the Lawyers’ Committee for Civil Rights Under Law since 1989, and Cornell William Brooks, president and CEO of the New Jersey Institute for Social Justice in Newark.

Although he has worked as a lawyer for the Justice Department, the FCC, and at Arnwine’s organization as well as served as director of the Fair Housing Council of Washington, D.C. before heading the New Jersey nonprofit group, Brooks, a graduate of Jackson State University in Mississippi and Yale University Law School, is not well known in national civil rights circles.

According to Board members who interviewed both candidates, they have contrasting personalities. Arnwine, a frequent fixture on television and the conventions of national civil rights organizations, is bold and has a strong personality. Brooks is more understated. Describing him to the Baltimore Sun, former board chairman Julian Bond described him as “the kind of soft-spoken and well-intentioned person I wanted to have in this job.”

Arnwine declined to be interviewed for this article. But one of her supporters on the board said, “All of our civil rights organizations have a problem with a woman serving as their chief, day-to-day spokesperson. Second, the clique that runs the board wants someone they can control, not someone like Barbara, who is talented and her own person.”

Another board member who had no favorite among the finalists said, “This is Ben Jealous all over again. They wanted someone they can control and manipulate. You would think they would have learned by now.”

Frederick Haynes said he has certainly learned – the hard way.

“I failed the test of our ancestors,” he said. “Fool me once, shame on you. Fool me twice, shame on me. They got me twice.”

Still, he is not bitter.

“I wish Mr. Brooks the best. I really do,” Haynes said. “If what I went through is a reflection of how they do business, I hope he doesn’t have to climb over that kind of nonsense. Our people are still catching too much hell for us to be giving this much hell to each other.”