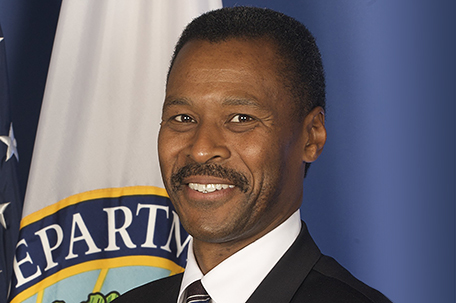 A Morehouse College spokeswoman has denied that the college’s president was fired Monday due to some remarks he made following the visit of a group of presidents from Historically Black Colleges and Universities to the White House, according to the Atlanta Journal Constitution.

“Dr. Wilson is still the president of Morehouse College,” Aileen Dodd, a spokeswoman for the college, told The Atlanta Journal-Constitution Tuesday morning. “The report is erroneous.”

“The Root’s” Michael Harriott wrote in a column that President Wilson caused a stir last week after he was the only HBCU president to boldly speak out after President Donald Trump summoned the heads of HBCUs to the White House to sit quietly for a round of Betsy DeVos insults and pose for Kellyanne Conway’s Snapchat.

On Wednesday, Wilson wrote a letter to the Morehouse family stating that while many of the HBCU presidents raised the expectations of their constituents, other than getting bronzer all over his hand, nothing much came out of the summit.

Harriot also pointed out that Wilson was expected to leave in three months, when his contract expired, anyway, but believed that there wasn’t any doubt his (Wilson’s) outspokenness after the Trump fiasco played a part in his departure. He appeared on CNN Saturday morning loudly noting the side eye surrounding the Trump pledges, proclaiming that the simple optics of a White House visit meant little to him because “he’s been to the White House before.” Wilson noted that funding was important, not historic gestures.

“So, I’m not discounting the significance of that as a gesture and as a symbol.” Wilson said, “There’s no question about that. The bottom line is, you have to translate into funding.

The fact of the matter is, when Barack Obama took office in ’09, federal—annual federal funding to HBCUs was somewhere around $3.8 billion. When I left after the first term, it was at $5.3 billion. That’s the biggest increase. That’s historic. That’s significant.”

The report was based on a letter the news site said was written Monday by Robert Davidson, chairman of the college’s Board of Trustees. Davidson wrote, according to HBCU Digest, that as the college continues its search for a new president, Taggart will assume “day-to-day leadership responsibilities for the college.” The board voted in January not to renew Wilson’s contract when it expires in June.

Davidson wrote that the board will meet in April to consider who will be Morehouse’s interim president.

HBCU Digest posted an email from Wilson on its website Tuesday telling students and faculty that he is still the college’s president.

The Root contributed to this article.

Father and son graduate Morehouse together