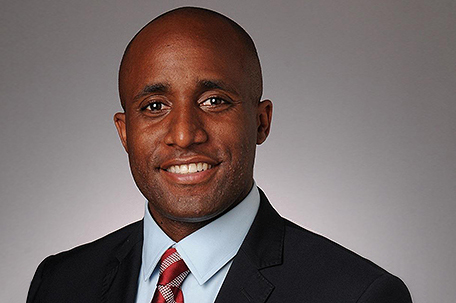 COLUMBIA, Mo. — The Missouri NAACP last Friday called for the state’s top election official to step down in part over his criticism of the Kansas City mayor, who complained about issues voting during this week’s presidential primary.

Kansas City Mayor Quinton Lucas, who is Black, on Tuesday struggled to vote after a poll worker mistakenly switched his first and last names while searching for him in the voter rolls.

After Lucas took to Twitter to raise issues with his experience voting, Republican Secretary of State Jay Ashcroft, who is White, criticized Lucas. Ashcroft said Lucas threw a well-meaning poll worker under the bus and that he could have voted if he wanted to but declined two efforts to resolve the problem at that time.

“He’s saying things that are not true,” Ashcroft said Friday. “And what he is leading voters in Kansas City to believe is that if they’re an individual of color, they may not be allowed to vote. And that is abominable.”

Missouri NAACP President Rod Chapel said Ashcroft’s comment that Lucas could have voted if he wanted to “fits into a racial narrative that has been used in Missouri for a very long time and one that the NAACP is still fighting against.”

“When we raise a concern about not being able to fulfill one of our constitutional obligations as a citizen,” Chapel said, “we ought to be taken seriously and not chastised, and certainly not chastised in the way that Secretary Ashcroft did to the mayor.” Asked about the call the resign, Ashcroft said it’s “very interesting that the NAACP says that they believe in voting rights and making people vote, but then they want to unilaterally overturn the will of the people based on false statements.”

When a longtime poll worker had trouble finding Lucas’ name, she suggested Lucas could talk with a supervisor at a nearby table, but the mayor declined to do so, Ashcroft said. The poll worker then offered Lucas a chance to cast a provisional ballot, but Lucas declined.

After the initial kerfuffle, the mayor returned Tuesday afternoon and successfully voted.

Lucas has said most people wouldn’t have had the pull to figure out what happened and might not have had the work flexibility to return later to vote.

“It’s as if he feels in some way that he was attacked, which I would argue he was not,” Lucas said.

The NAACP also called out Ashcroft’s support of photo identification laws for Missouri voters, which the organization described as “racist.” The organization sued Ashcroft over his office’s implementation of a photo ID law that the Missouri Supreme Court ultimately gutted.

Missouri is one of several states where Republican-led legislatures have passed voter photo ID laws touted as a means of preventing in-person voter fraud, which studies have shown is rare. Democrats generally oppose such laws, arguing that they are really meant to disenfranchise voter groups that tend to support their party, including the poor, elderly and disabled as well as transient college students and minorities who are less likely to have photo IDs.