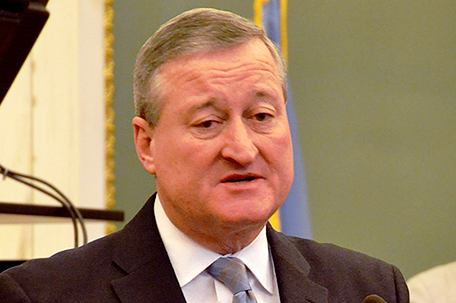 Action News 6 reported Wednesday, that President Trump signed an order Wednesday that could strip federal funding for so-called sanctuary cities that do not arrest immigrants living in the U.S. illegally.

Philadelphia is one of those cities.

Mayor Jim Kenney told Action News he has no intention of obeying the President’s order.

“This is not a dictatorship. This is a democracy. We will take avail of every opportunity we have to protect our citizens and protect our people who are living in our city,” Kenney said.

Kenney says illegal immigrants are not the problem.

“Philadelphia has the lowest crime rate that it’s had since 1979. So all of this assertion that somehow sanctuary cities are dangerous places are simply untrue,” Kenney said.

Kenney says it is a political narrative that has been successful for President Trump, one he recognizes and respects, but “it doesn’t mean it’s accurate or valid.”

“Our immigrant population is not the source of crime. They are often the victims of crime or the witnesses to crime and driving them underground does not make the city safer,” Kenney said.

Kenney says the city does turn people over to the government when they have a warrant.

“A warrant is not a difficult thing for a federal government to get,” Kenney said. “But to have somebody picked up for traffic violations and held for 72 hours against their will without a warrant or charges, to me, flies in the face of the Fourth Amendment of the United States Constitution.”

Mayor Kenney would not say whether or not the city will change its policy if the federal government does take away funding from Philadelphia per President Trump’s executive order.

“That remains to be seen,” Kenney said. “What they recommend as being removed. What they can actually legally remove. What the court will allow to remove. There are whole bunch of obstacles here. I’m not going to speculate on what hasn’t happened yet.”