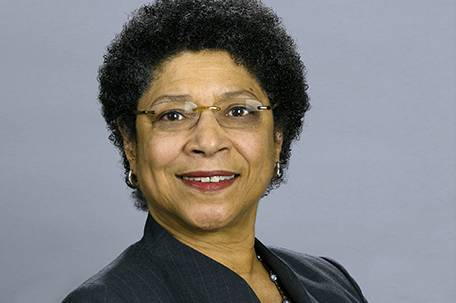 Last month, Linda Munich, Vice President of Public Affairs for 6abc retired after 40 years in television. Munich got her start in TV at WKBS (Channel 48), but has spent the last 30 years of her career at WPVI.

“Everything has changed, and everything has stayed the same”, she says.  And truer words could not be spoken.

The Temple University Alumnus did not have plans to be the glue that held 6abc together, the longest running number one station in the market. No, Munich started her career as a community organizer. She was outraged, many years ago, that St. Joe’s University wanted to erect a wall on their campus to keep neighborhood children out. Munich led the community’s fight against that wall, and helped them design a summer recreation program for the community.

“I always like the idea of running things”, she said, and tells me of lots of other jobs before she finally landed in TV. When she interviewed for the Assistant Business Manager position at WKBS she was asked to start the next week. Munich was quickly delegated many responsibilities over at KBS, including reporting to the FCC, creative services assistant and handling community affairs.

Over the years, 6abc has become Philadelphia’s community station, and Munich is majorly responsible for most of that. The responsibilities she held will be split among five departments. (Munich managed the station’s debates, PSAs, FCC and EEO reporting, Executive Produced four studio shows, and ran the internship program). When asked if she thinks the station will maintain its relationship with the community she says “yes, if the community expects it, and asks for it.”

“All work should be love,” she tells me. And it is clear that she has loved her work, devoting her life to making the station better and empowering the community to use the station as its voice. She is most passionate about sustaining outlets for people who are ‘media poor’. “People still don’t understand how to use media, even social media. To me, the proliferation of media is the only way to correct society ills.”

Niki Hawkins is the new Community Affairs manager at the 6abc. Niki got her start not long ago as one of Linda’s interns. Before being offered a full time position at the station, she worked there part time for six years. Like Niki, many of the areas college students compete for the awesome title of 6abc intern. The program, which was ran by Munich, provided exceptional experience for its students. 6abc is the only station in the area where students can get hands on experience, due to the station’s non-union status.

Munich, of course, after 40 years in the business, is a pool of knowledge and wisdom for any young person who wants to pursue a media career. “Learn to write, and do it well”, she says. “It is incumbent for you to gain the skills, asks the questions, make the appointments to get what you need. Be bold and compete.” All of these tips she shares between recapping her life’s story, and still fielding phone calls. It is her last week at WPVI, although she laughs “I’ll be in on Monday.” For Linda, there is always work to be done.

Now officially retired from work duties, Munich says she will still remain committed to several causes throughout Philadelphia, including her role with the Free Library of Philadelphia. “I never thought about retiring”, she says. “Things are changing, so I had to, but it wasn’t something I was thinking about.  But it’s good,” she says, “I can pick and choose what I do now, that’s the potential of my retirement. I can feel more effective.”

For more information about 6abc’s programming and other community initiatives visit www.abclocal.go.com/wpvi.