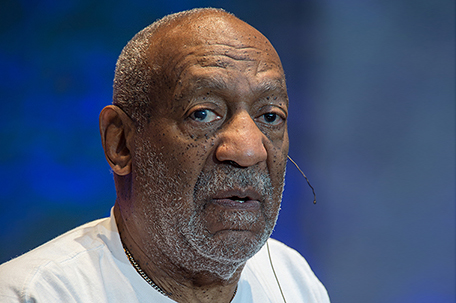 Bill Cosby’s accusers see his admission of obtaining quaaludes to give young women before sex as vindication of their claims that he drugged and sexually assaulted them.

But a former television co-star and a prominent Cosby defender say they’re reserving judgment because the 2005 deposition testimony unsealed Monday doesn’t show he did anything wrong.

Cosby admitted that he gave quaaludes, a now-banned sedative, to a 19-year-old woman before they had sex in Las Vegas in the 1970s. He also admitted giving the powerful drug to unnamed others.

His lawyer interfered before he could answer deposition questions in 2005 about how many women were given drugs and whether they knew about it.

“I never thought I would be validated or vindicated in this,” said Joan Tarshis, of Woodstock, New York, who accused Cosby of drugging and attacking her when she was breaking into comedy writing in 1969. “I mean, it’s turned my life around 180 because now all the people that haven’t believed me or us have come out, most of them, and said, `We were wrong.’”

The Associated Press had gone to court to compel the release of a deposition in a 2005 sexual abuse lawsuit filed by former Temple University basketball team employee Andrea Constand – the first of a cascade of lawsuits against Cosby that have severely damaged his image as doting TV dad Dr. Cliff Huxtable on “The Cosby Show.”

His lawyers objected to the release of the material, arguing it would embarrass him. Ultimately, a judge seized on Cosby’s public moralizing on issues like family life, education and crime as he unsealed portions of the deposition.

On ABC’s “The View” on Tuesday, Whoopi Goldberg said she was still reserving judgment on Cosby, reiterating the stance she’s held since the allegations against him resurfaced last winter.

“You are still innocent until proven guilty,” Goldberg said Tuesday. Cosby, she said, “has not been proven a rapist.”

“The View” co-host Raven-Symone, who starred on Cosby’s 1980s sitcom as a child, said she doesn’t like talking about the allegations because he helped launch her career.

“You need the proof and then I’ll be able to give my judgment here or there,” she said.

The Bounce TV network, which is geared toward black viewers, didn’t wait. It said Tuesday that it was pulling its reruns of the 1990s-era CBS sitcom “Cosby” from the air immediately.

More than two dozen women have accused Cosby, 77, of sexual misconduct dating back more than four decades. He has never been charged with a crime, and the statute of limitations on most of the accusations has expired.

Cosby has not commented on the unsealed documents.

His publicist, David Brokaw, said Tuesday that a statement ABC News attributed to Cosby’s camp “was not authorized by a Cosby representative.”

They insisted during the deposition that two of his accusers knew they were taking quaaludes from him, according to the documents.

Nevertheless, attorneys for some of the women suing Cosby seized on the testimony as powerful corroboration of their accusations.

“The women have been saying they’ve been drugged and abused, and these documents appear to support the allegations,” said lawyer Joe Cammarata, who represents Therese Serignese, who met Cosby in Las Vegas and said she was sexually assaulted backstage. She is one of three women now suing him for defamation.

A former prosecutor who declined to bring charges in the Constand case said Tuesday that Cosby’s admission about giving quaaludes to women he wanted sex with didn’t amount to evidence of a crime.

Cosby, giving sworn testimony in the lawsuit accusing him of sexually assaulting Constand at his home near Philadelphia in 2004, said he had obtained seven quaalude prescriptions in the 1970s. Constand’s lawyer asked if he had kept the sedatives through the 1990s – after they were banned – but was frustrated by objections from Cosby’s attorney.

Cosby later said he gave Constand, who was about 30 and had gone to him for career advice, three half-pills of Benadryl, though her lawyer, Dolores M. Troiani, voices doubt in the documents that was the drug involved.

Constand thought he was giving her an herbal remedy for stress, she said in her lawsuit. She recalls having him touch her breasts and put her hand on his penis, and she woke up to find her clothes askew, according to her lawsuit. Cosby called any sexual contact consensual, according to Troiani’s summary of his deposition testimony.

Former suburban Philadelphia prosecutor Bruce Castor declined a decade ago to bring charges against Cosby. Castor, who is running again for district attorney in suburban Montgomery County, Pennsylvania, said that if elected he would review the unsealed court documents to see if there’s evidence Cosby perjured himself.

Cosby had fought the AP’s efforts to unseal the testimony, with his lawyer arguing that the deposition could reveal details of Cosby’s marriage, sex life and prescription drug use.

“I didn’t used to read the comments underneath articles that were written about this, but yesterday, I read the comments about your story, which was reprinted on The Huffington Post,” Tarshis said. “Ninety-nine percent of them were positive. And it was really great because the last time they said, `Oh, these girls are just in it for the money. They’re in for notoriety.’ Who wants notoriety as being raped by Bill Cosby?”

Walt Disney World officials say a bronze statue of Bill Cosby is being removed from the Hollywood Studios theme park.

Local news outlets report the statue was being removed after the park closed Tuesday night. Disney offered no other comment.

The removal of the statute at Disney’s Academy of Television Arts and Sciences Hall of Fame Plaza came after court documents unsealed on Monday revealed that Cosby testified in 2005 that he’d obtained Quaaludes with the intent of giving them to women he wanted to have sex with.