LA teachers go on strike in 2nd-largest US school district 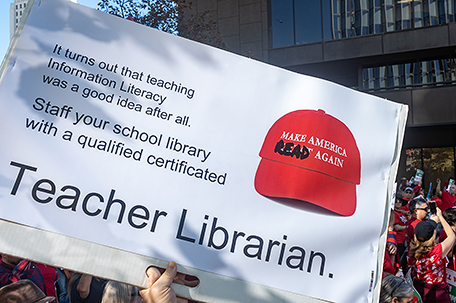 “Students, we are striking for you,” teachers union President Alex Caputo-Pearl told a cheering crowd of teachers marching in pouring rain.

Members of United Teachers Los Angeles voted last year to walk off the job for the first time in three decades if a deal wasn’t reached on issues including higher wages and smaller class sizes.

Months of talks between the union with 35,000 members and the Los Angeles Unified School District ended without a deal. It follows teacher walkouts in other states that emboldened organized labor.

Schools will stay open because the district with 640,000 students has hired hundreds of substitutes to replace teachers and others who leave for picket lines. The union has called it irresponsible to hire substitutes and called on parents to consider keeping students home or join marchers.

The district maintained that the union’s demands could bankrupt the school system, which is projecting a half-billion-dollar deficit this budget year and has billions obligated for pension payments and health coverage for retired teachers.

Negotiations broke down in December and started again this month, but little progress was evident in the contract dispute. The union rejected a district offer Friday to hire nearly 1,200 teachers, counselors, nurses and librarians and reduce class sizes by two students.

It also included a previously proposed a 6 percent raise over the first two years of a three-year contract. The union wanted a 6.5 percent hike at the start of a two-year contract.

The union also wants significantly smaller class sizes, which routinely top 30 students, and more nurses, librarians and counselors to “fully staff” the district’s campuses in Los Angeles and all or parts of 31 smaller cities, plus several unincorporated areas.

Teachers are hoping to build on the “Red4Ed” movement that began last year in West Virginia and moved to Oklahoma, Kentucky, Arizona, Colorado and Washington state. It spread from conservative states with “right to work” laws that limit the ability to strike to the more liberal West Coast with strong unions.

The union argues that the district is hoarding reserves of $1.8 billion that could be used to fund the pay and staffing hikes. The district said that money is needed to cover retiree benefits and other expenses.

The union says Beutner, an investment banker and former Los Angeles deputy mayor without experience in education, and school board members who voted him in are trying to privatize the district.

The union says they’re encouraging school closures and flipping public schools into charters, which are privately operated public schools that compete for students and the funds they bring in.

Beutner has said his plan to reorganize the district would improve services to students and families. He and his supporters on the board envision an education system with public and charter schools under the same leadership.