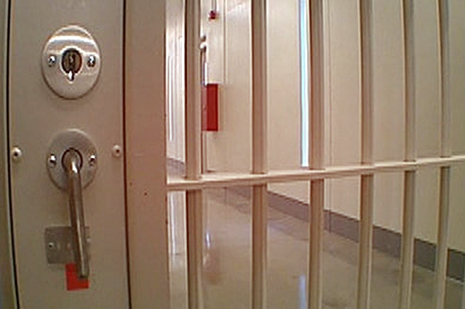 ABOVE PHOTO:  A prison cell is home for life for many Black men who were convicted of murder as teenagers.

Two years after the U.S. Supreme Court ruled that 28 states cannot automatically sentence juveniles to life in prison for murder without the chance of parole, a decision that affected mostly imprisoned black boys, only 13 states have changed their laws to comply with the ruling, but 15 states have not passed any statutory reforms, according to a study by The Sentencing Project, which works for a fair and effective U.S. criminal justice system.

The justices’ decision and some states’ response to it is a clear indication that states will respond quickly to some of the court rulings but not to others.

For example, after the U.S. Supreme Court struck down Section 4 of the 1965 Voting Rights Act, some state legislatures quickly moved to erect barriers to voting by African Americans. Fifteen states have passed laws making it more difficult to vote in the November midterm elections and in six states, groups are challenging the laws.

Following the case of Miller v Alabama, some states’ governors and legislatures increased the minimum time that a person who was sentenced to prison as a juvenile must serve before being considered for parole.

A juvenile who was sentenced to life in prison for a murder he committed before his 18th birthday must serve 25 years in Washington and North Carolina and 40 years in Nebraska. The reluctance or the refusal of states to enact laws to comply with the U.S. Supreme Court’s decision also underscores how difficult it is to enact and pass certain laws.

“A majority of the states have ignored the court ‘s ruling and relief has not been granted as advocacy groups expected,” said Ashley Nellis, Ph.D., senior research analyst  for The Sentencing Project and author of the report “Slow To Act: State Responses to 2012 Supreme Court Mandate On Life Without Parole.” The Sentencing Project is based in Washington, D.C.

On June 25, 2012, in the case titled Miller v Alabama the U.S. Supreme Court banned the use of mandatory life sentences without parole for teenagers who committed murder. In their decision, the justices noted that juveniles have a proclivity for risk and impulsivity and the relative inability to assess consequences, all factors that should mitigate the punishment received by juvenile defendants.”

The U.S. Supreme Court ruled, however, that states could impose life without parole but only after a judge considered each individual case’s circumstances.

At the time of the court’s ruling, Alaska, Colorado, Kansas, Kentucky, Montana, New Mexico and the District of Columbia had banned life without parole for juveniles.

Others have skirted the law altogether

Following Miller v Alabama ruling, Iowa Gov. Terry Bransted commuted all of the sentences of juveniles serving life without parole to a minimum of 60 years, leaving their status unchanged, according to the Sentencing Project.

“Justice is a balance and these commutations ensure that justice is balanced with punishment for those vicious crimes and taking into account public safety,” Bransted said in announcing his order.

The majority of the 2,500 men and women who were sentenced as juveniles to life without parole are African Americans, according to The Sentencing Project.