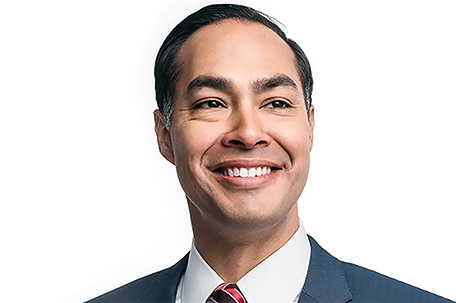 The candidate called for changes to the

SAN ANTONIO, TX  – During a recent media call with reporters on December 5, presidential candidate, former Obama Secretary of Housing and Urban Development (HUD) and Mayor of San Antonio, Texas, Julián Castro announced that he has secured the contributions needed to meet the grassroots donor threshold for the December debate. The campaign still needs to meet the required polling thresholds to secure Secretary Castro’s spot on stage.

The announcement comes after Senator Kamala Harris announced she would suspend her candidacy for president. Secretary Castro announced that in the days following Senator Harris’s announcement, the campaign has raised more than $360,000 from 18,000 donors, averaging under $20 per contribution. Following Senator Harris’s announcement, Secretary Castro trended nationally on Twitter, and has seen a large increase in new donors from across the country.

“I’m not asking for anyone to change the rules of the game in the middle of it,” Castro said earlier the same day of the announcement. “I want something much more meaningful and deeper than that. We need to change the whole game. There’s no reason that Iowa and New Hampshire should go first — two states that hardly have any Black people in them — any people of color.”

“We need to reward states with giving them the primary in the first place at the beginning if they reflect the diversity of our party, our country,and also if they do things like making voting easier for people — people with disabilities, workers who can’t show up at one time [like] 7:00 because they have to work a shift,” he added. “Let’s do that. If you make that kind of meaningful change, that’s what I’ll support.”